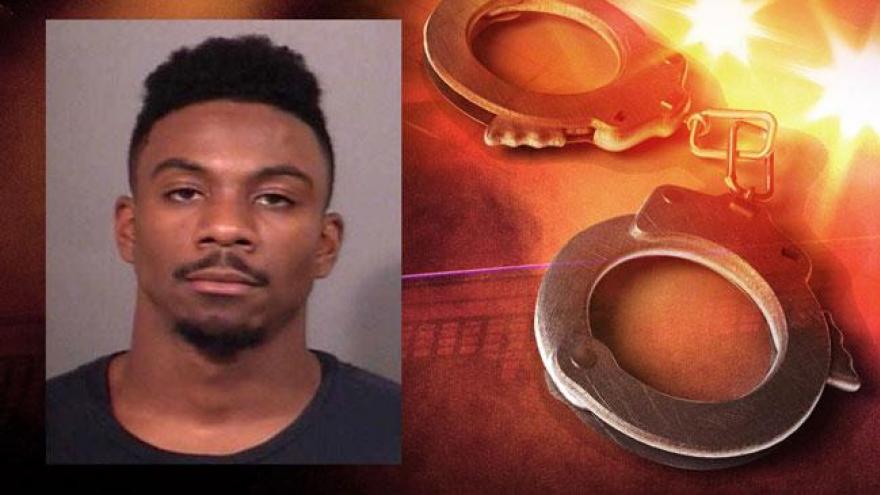 Devin Butler has been charged with resisting law enforcement and battery to a police officer, both level six felonies.

According to the probable cause affidavit, officers saw a woman outside the Linebacker Lounge get kicked in the head by another woman.

While police were attempting to intervene, they said Butler lunged at the woman who kicked the other woman, police said.

An officer ordered Butler to stay back, but he cursed at the officers and approached them.

Butler then fought back and allegedly tackled Officer Knepper to the ground.

While on the ground, other officers attempted to intervene and tried to pull Butler off Officer Knepper.

Butler allegedly grabbed Knepper’s duty belt and ripped it off him.

An officer deployed a taser and was taken into custody.

Knepper suffered injuries to his elbow, wrist, neck, back and arm, according to the probable cause affidavit.

Butler allegedly apologized while being taken to jail.

Butler will be arraigned at 1 p.m. on Wednesday.

On Sunday, Butler was suspended indefinitely from the Notre Dame football team.