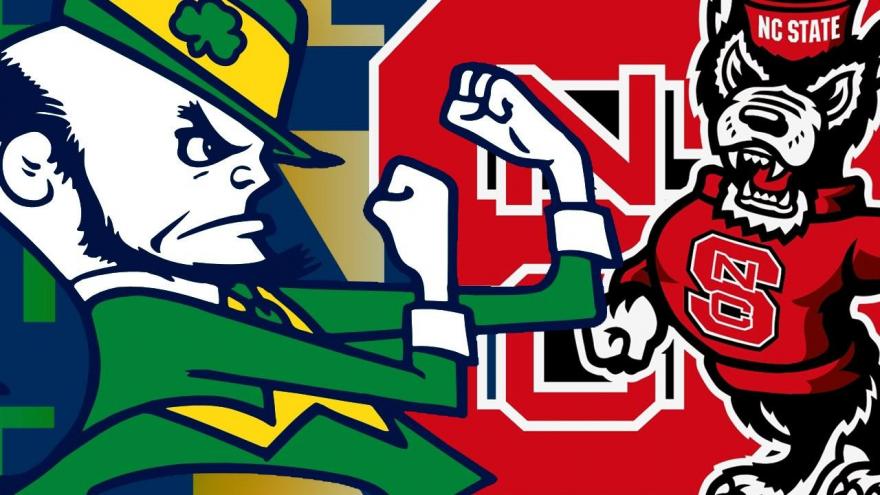 With 2 wins and 3 losses, the Irish face North Carolina State in Raleigh on October 8th.

The Wolfpack are 3-1 for the season so far which could have an impact on this game. With weather advisories in place due to Hurricane Matthew, though, home field advantage may not play such a big role which could help the Irish out.

Kickoff was set for noon and Notre Dame will receive the ball.

An NC State touchdown pass was called back after there was an ineligible receiver down the field. The score remains 0-0.

NC State went for a field goal and it was no good.

The NC State 38-yard field goal was successful. The Wolfpack are now up 3 points to the Irish who are still at 0.

At this point in the game the field is comparable to a slip-an-slide when the ball comes out.

Notre Dame's first fumble recovery of the season and the ball has been fumbled back and forth by both teams several times thus far.

Intercepted - NC State now has the ball after intercepting a Notre Dame pass with just 7:34 left until halftime.

HALFTIME: Notre Dame 0, NC State 3 and the rain is still coming down in Raleigh.

Notre Dame would go for a field goal in the third quarter and it is good. The score is now 3-3 with just over 10 minutes left in the 3rd.

Going into the 4th quarter the score remains 3-3.

Touchdown NC State and the Wolfpack are now up 10-3 in this game despite the bad weather from Hurricane Matthew.

Quarterback Malik Zaire would enter the game in the fourth quarter, however this wouldn't help the Irish by much.