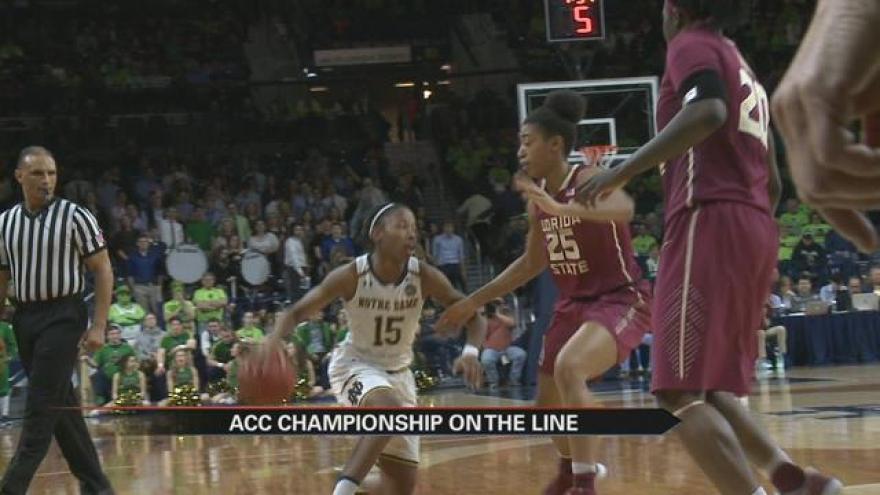 With a championship on the line, the No. 5/4 Notre Dame women's basketball team played like champions on Sunday afternoon, downing No. 8/11 Florida State, 79-61, to claim its fourth outright ACC championship in four seasons as a member of the elite league.

Including its final two seasons in the BIG EAST Conference, the Irish have now won six consecutive outright regular season conference championships, the only team in the nation which can make this claim. Now, the Irish head to the ACC Tournament as the top seed aiming to join Duke (2001-04) as the only teams to ever win the outright ACC regular season title and tournament title four years in a row.

While Notre Dame is exactly where it expected to be this fall, the team was knocked down along the way, losing its preseason No. 1 ranking in a December loss to UConn, losing its ACC opener (Dec. 29 at NC State) and nearly falling out of the top 10 for the first time in six years after a January upset loss at Tennessee. The Irish rose up and won each of their final 15 league games to reclaim the top rung on the conference ladder and position to earn a No. 1 seed for the upcoming NCAA Championship.

"We were anointed early on and didn't handle it very well," McGraw said. "Then, we were able to earn our way back. I think that says a lot for this team and what they've overcome to get there. We worried about our toughness when we were taking our lumps early and I think they really showed us a lot the way they came out together today and played so hard.

"I love where we're at right now. I think we're exactly where we should be right now."