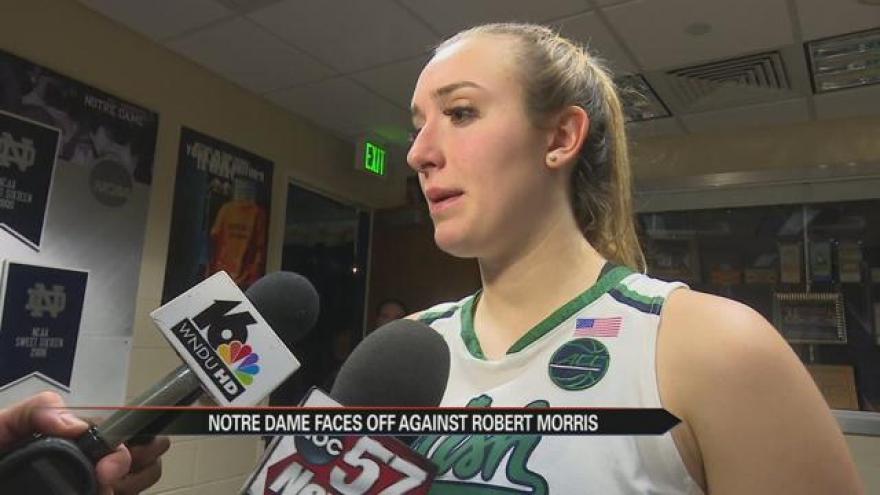 Notre Dame women’s basketball beat Robert Morris Friday 79-49. Players say it was a bit of a rough start, but they’re happy with the outcome.

“Considering the layoff we had, I thought we played pretty well. The first game’s a tough one, you know it’s like it’s the start of the tournament. Everybody’s just a little on edge,” said Notre Dame Women’s basketball head coach Muffet McGraw.

They may have been ­a little on edge, but Notre Dame started off in the lead right out of the gate, with a layup by Brianna Turner.

The Colonials crept up on the Irish a few times.

Players say part of it is probably the two-week rest.

“I think we haven’t played in a week, so we’re a little slow. Our offense is a little slow, missing a few things on defense, but survive and advance. We’re happy we won, and we’re just getting ready for the next game,” said senior guard Marina Mabrey.