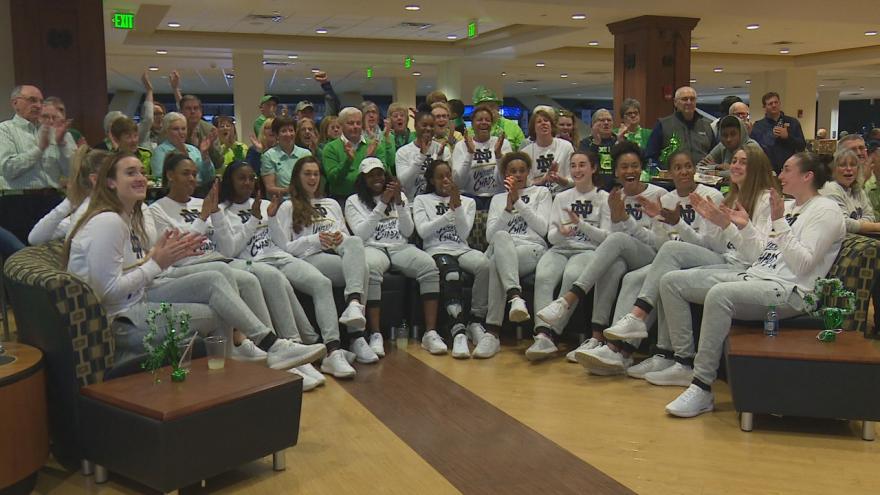 LOS ANGELES, California -- It was a big night in the sporting world and for Notre Dame Women's Basketball.

The Fighting Irish Women’s Basketball Team were up for a trio of awards at tonight’s ESPY’s including 'Best Team,' 'Best Moment,' and 'Best Play.'

But it was Arike Ogunbawale’s Easter Sunday championship buzzer-beater that took home the Best Play award at tonight’s ESPSYs. Sixteen other plays were up for the award.

"Well, thank you guys, everybody who voted. First, shout out to my amazing teammates. It was a team effort, you guys know this, and I wouldn't be up here without you guys so thank you," said Ogunbawale. "Shout out the best coaching staff in the country. You guys have given my teammates and I an amazing opportunity to play at one of the best universities in the world and be able to compete at the highest level so thank you so much. And shout out to women's basketball as a whole. There's a lot of people with their opinions about us but all I gotta say is come see us on the court. But, thank you!"