Notre Dame's defense will be a priority 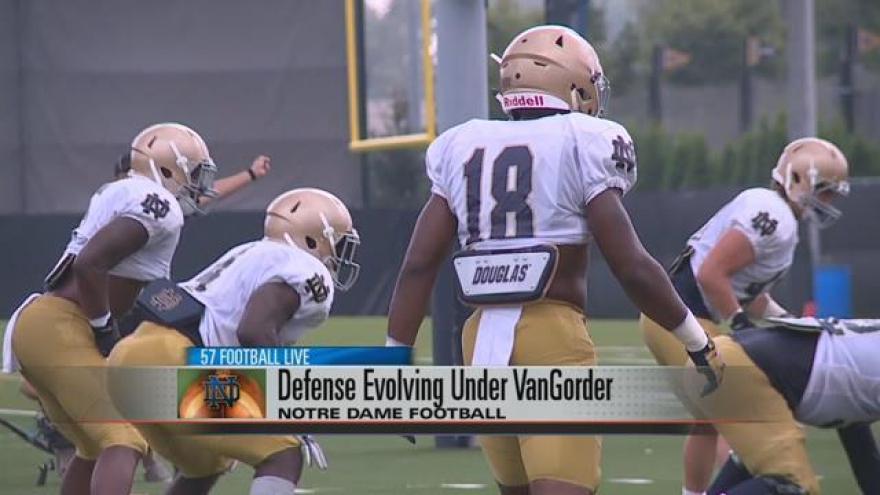 As Notre Dame gears up for their season opener, their defense will be a priority.

After a disappointing 2014, the Notre Dame defense enters year 2 under coordinator Brian VanGorder.

With loads of talent returning, improvement is not just a hope, it's an expectation.

The desire is there.

But to be the last team standing come season's end, Notre Dame's defense knows they'll have to channel that desire into action.

"It's holding each other accountable to higher standards," Smith said.

That accountability is what VanGorder is trying to instill in his players and himself.

"We played more up tempo teams, for me I don't think I did a very good job in that scenario," said VanGorder.

Last season, Notre Dame ranked among the nation's worst in stopping opponents from scoring. Especially against offenses with a quicker pace.

"It's a problem and statistics show that it's a major problem," VanGorder said.

"That's something we have definitely hounded in. A weakness of ours," Smith said.

With injuries plaguing more and more defenders, freshmen were thrown into the fire.

"Playing to win is a struggle for our young guys. Now they are entering the world where they are trying to learn conceptually defense," VanGorder said.

Now the defense says they've learned from their mistakes, and with 10 of 11 starters from last season returning, they are focused on getting better.

"You know we are really getting there. Each and every day the preparation. Preparation is key," said Smith.

The defense will face its first test under the lights on September 5 against the Texas Longhorns.