Notre Dame's loss a tough one for senior players 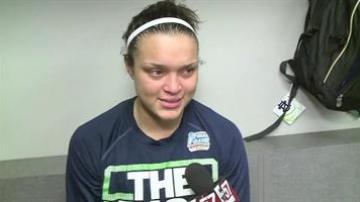 Irish standout Kayla McBride was the first out of the arena was visibly upset.

The all American guard had an impressive showing in the Final Four game against Maryland by stealing the show with 28 points.

Twenty points were just in the first half.

In the championship game, UConn held her to 21.

It was her final game at Notre Dame and the only loss of the season.

“It’s a once in lifetime experience to be able to play your last game in a National Championship. That’s something I’ll carry for the rest of my life," said McBride.

In the championship game, McBride reached double figures for scoring for the 100th time in her Notre Dame career.