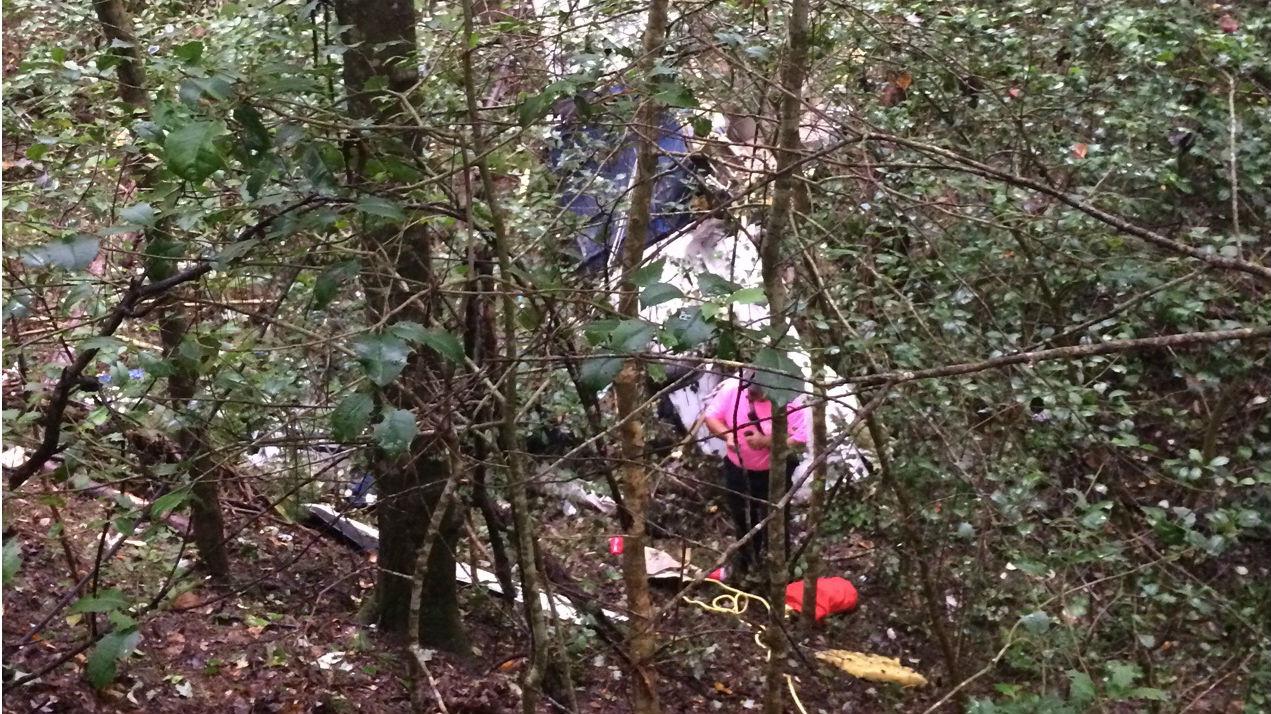 The National Transportation Safety Board issued a statement with details regarding the airplane that crashed in South Carolina and killed all four passengers, 71-year-old Charles Smith, 44-year-old Scott Smith, 54-year-old Tony Elliott and 51-year-old Scott Bibler.

On October 2nd, a small Piper aircraft lost connection with the controller and crashed around 3:12 in the afternoon.

According to preliminary information provided by the Federal Aviation Administration, the airplane was approaching ZEYLM intersection to hold for the runway approach at CEU.

After being cleared for the approach to which the controller received no response, radar contact was lost.

The airplane was over Lake Hartwell, on the Georgia-South Carolina border at the time the pilot lost connection.

According to the NTSB report, local residents said they heard and saw the airplane prior to the accident and another witness heard a loud "boom," followed by white pieces of debris falling into the lake.

A third witness saw the airplane descending vertically, in a spiral motion, until it disappeared behind a tree line. After witnesses saw the wreckage, they called 911.

The damaged airplane was found in a wooded area near Lake Hartwell close to Westminster.

The NTSB reports that the damage to trees was indicative of a nearly vertical descent angle at impact.

According to the NTSB, the 71-year-old pilot held a private pilot certificate with airplane single engine land and instrument airplane ratings.

The report also shows that he had 1,448 hours total flight time on his most recent application for an FAA third-class medical certificate, which was dated October 17, 2013.

The wreckage was retained for further examination.