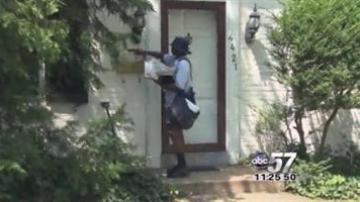 The agency released new numbers that show it lost more than $5 billion in the last fiscal year. That loss is however, better than expected.

It was projected it'd lose $10 billion, but payments to retiree health benefits have been postponed.The Postmaster General is asking congress to step in and help reduce costs.

South Bend's mail may end up in Fort Wayne for sorting to save money.