Nutella defends its use of palm oil, deemed a 'potential health concern' 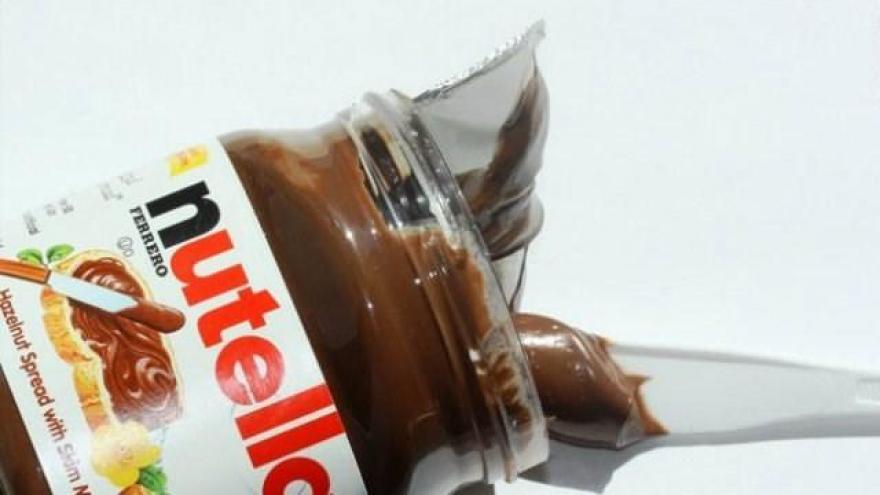 (CNN) -- Palm oil is considered royalty among vegetable fat because it makes food easy to spread. Derived from the fruits and kernels of palm plants, it is consumed worldwide in baked goods, convenience foods (including chips, snacks and frozen foods) and candy, usually as a vegetable oil, shortening or margarine additive.

It's been getting some attention from the highly popular hazelnut spread Nutella. The maker of the Italian confection is drawing focus to how it uses the product, which it says gives Nutella its creamy texture.

Palm oil is the best ingredient for "guaranteeing its special spreadability and, above all, avoiding the hydrogenation process that would produce otherwise unhealthy trans fats," according to the Nutella website.

Its maker, Ferrero, launched an ad campaign in response to a ruling in May from the European Food Safety Authority (PDF) that palm oil is a "potential health concern" when improperly processed. The safety authority acts as a risk assessor in the European Union, producing scientific opinions and advice to guide European policies and legislation.

Last year, the safety authority delivered a scientific opinion that current levels of glycerol-based process contaminants found in palm oil are a "potential health concern." Animal studies identified these contaminants, which are formed when vegetable oils are heated to high temperatures and then refined, as both genotoxic (damaging to DNA) and carcinogenic (causing cancer). Of all vegetable oils, palm oil was found to have the highest levels of these contaminants.

At high levels of exposure, the contaminants are a health hazard for all age groups, the authority concluded, expressing particular concern for infants, toddlers and children under the age of 10.

Importantly, the "EFSA statement was based on the existence of contaminants in palm oil, not the properties of palm oil itself," said Doug Boucher, an ecologist and scientific adviser for the Union of Concerned Scientists.

This point is not lost on Ferrero. Its October ad campaign explains that the sustainable palm oil in its products is heated only to safe temperatures -- those that do not result in contaminants.

"Ferrero wants to assure its consumers that Nutella and other Ferrero products that contain palm oil are safe," Beth M. Kotran, general counsel for Ferrero U.S.A. Inc., wrote in an email.

Across the pond, the view of palm oil is far less heated.

"There is no US ban in place regarding the use of palm oil in foods," said Megan McSeveney, a spokeswoman for the Food and Drug Administration. She explained that palm oil has a long history of use in food products worldwide and in the US specifically.

Seemingly American in its attitude toward palm oil, Ferrero "has been able to significantly reduce the levels of contaminants in its palm oil compared to conventional palm oils available on the market, similar to the levels found in other vegetable oils that have been processed properly, in line with EFSA's parameters," Kotran said. "This is due to careful harvesting, from the squeezing in the quickest possible time to the processes and manufacturing at the lowest possible temperatures."

What else has palm oil?

The hazelnut spread is not the only product that has received negative publicity over palm oil.

Girl Scout cookies came under fire several years ago after two scouts, Madison Vorva and Rhiannon Tomtishen, set out to earn their Bronze Award, which requires scouts to raise community awareness about an issue.

Having learned that palm oil plantations destroyed the habitats of orangutans, the scouts began checking products for palm oil. They flipped over a box of Girl Scout cookies and discovered a disappointing item in the list of ingredients: palm oil.

"We were shocked, but as Girl Scouts ourselves, we felt it was absolutely necessary to bring this issue to the attention of the Girl Scouts of the USA and convince them to make their cookies rainforest-safe," the scouts wrote on their website, Project ORANGS.

Though not yet palm oil-free, Girl Scout cookies now contain as little palm oil as possible while its licensed bakers continue to search for viable alternatives.

Many other foods -- including Pop Tarts, Kit Kat candy bars, some Ben & Jerry's ice creams, Cheerios, Nutri-Grain and some of Target's Archer Farms branded foods -- also contain palm oil. Kelloggs claims to use a small amount of palm oil globally and has been working since 2009 to responsibly source only sustainable palm oil (PDF).

In 2016, the biggest importers of palm oil were India, the European Union and China, which imported a combined 20 million metric tons, according to Amnesty International.

Indonesia and Malaysia produce about 85% of the world's palm oil; other production nations include Thailand, Colombia, Nigeria, Papua New Guinea and Ecuador, according to a report produced by Sime Darby (PDF), a Malaysia-based multinational corporation. The US Department of Agriculture (PDF) estimates that world palm oil production 2016-17 will total 64.5 million tons.