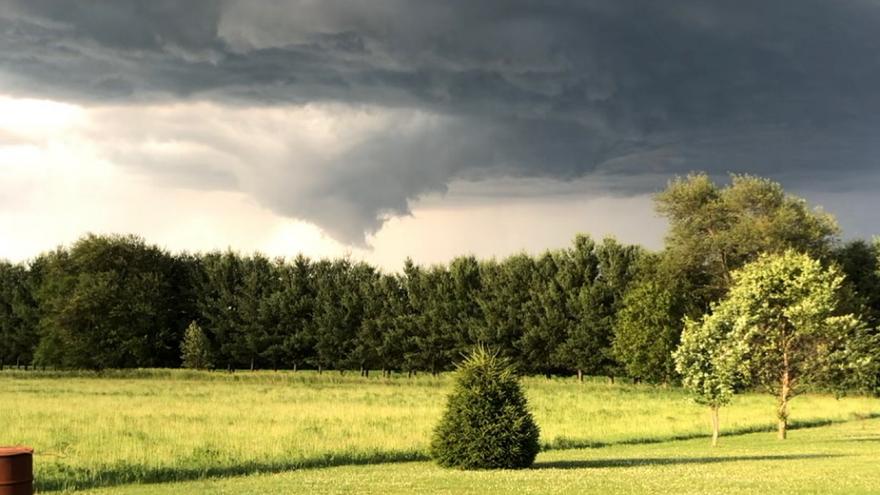 Well, Mother Nature was at it again Tuesday evening. Unlike the June 23rd "freak" tornadoes, there was actually a decent chance of severe weather. So the severe thunderstorms didn't necessarily catch anyone off guard.

There was even a very low (2%) chance of tornadoes for areas north of U.S. 30 according to the Storm Prediction Center. 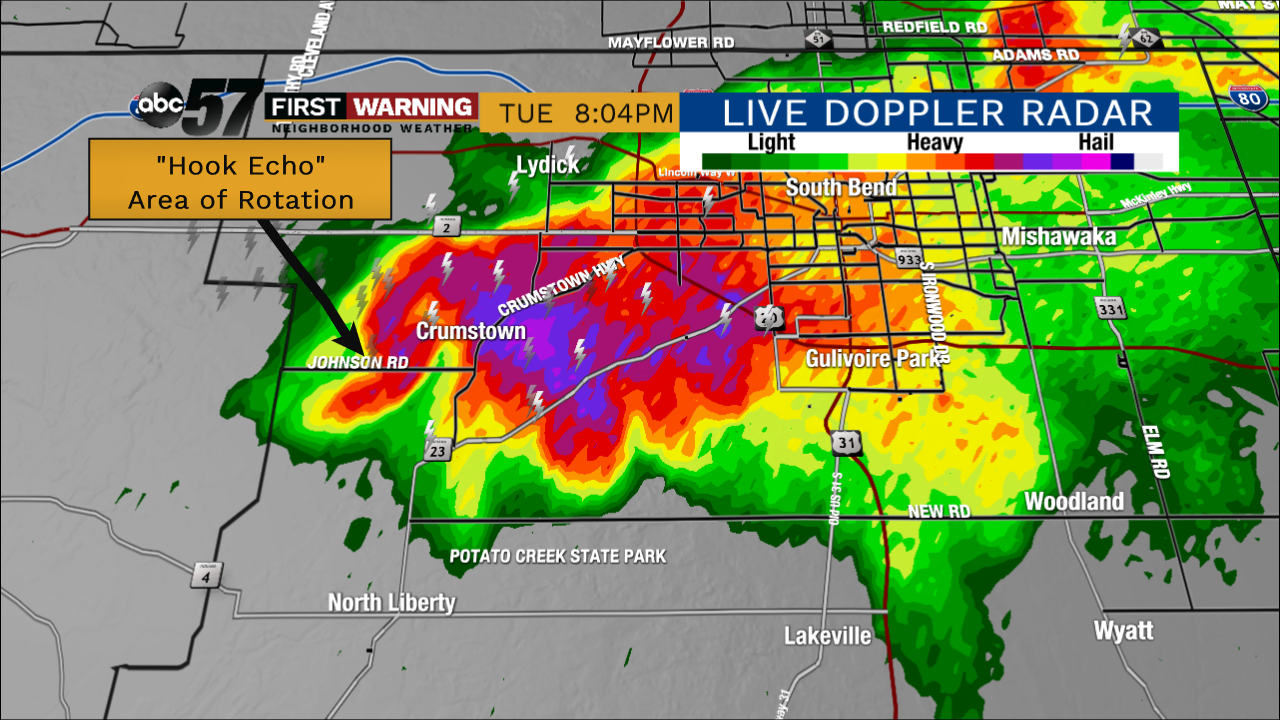 Supercell thunderstorm that had a tornado warning briefly Tuesday evening.
Still, it was a bit eerie to once again see a tornado warning issued for St. Joseph County. The tornado sirens were set off across the county in response to the warning. 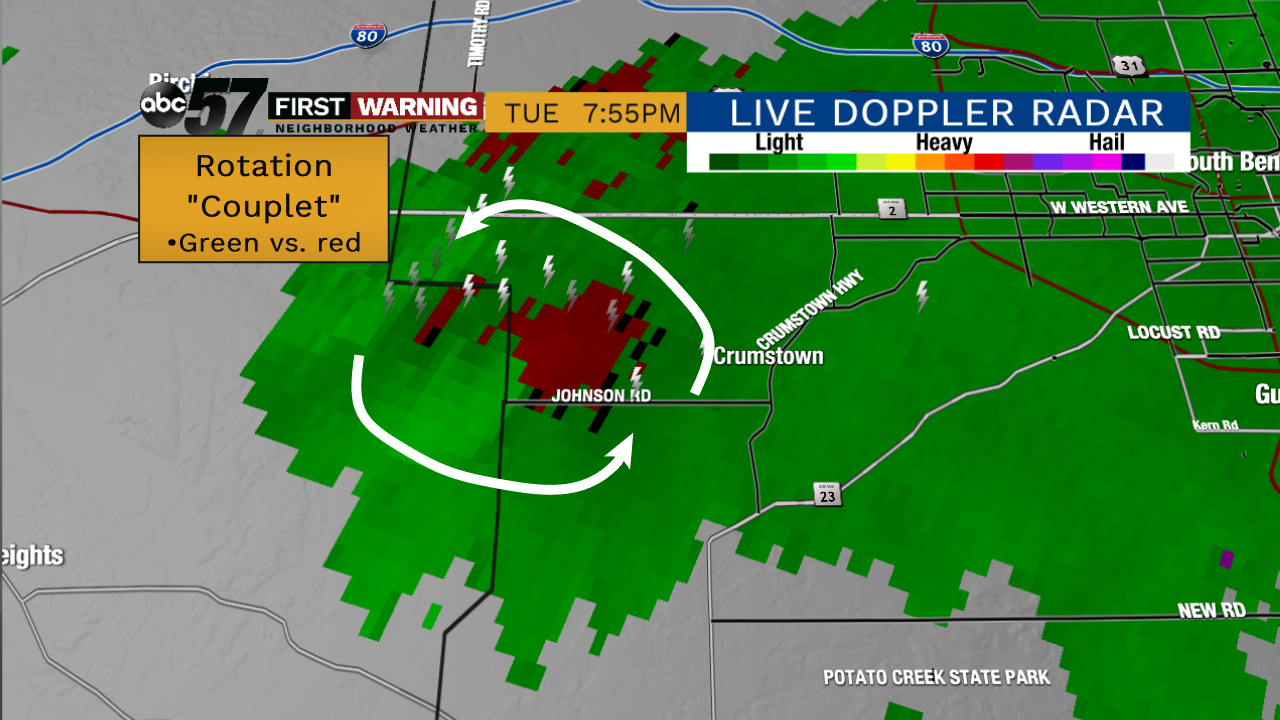 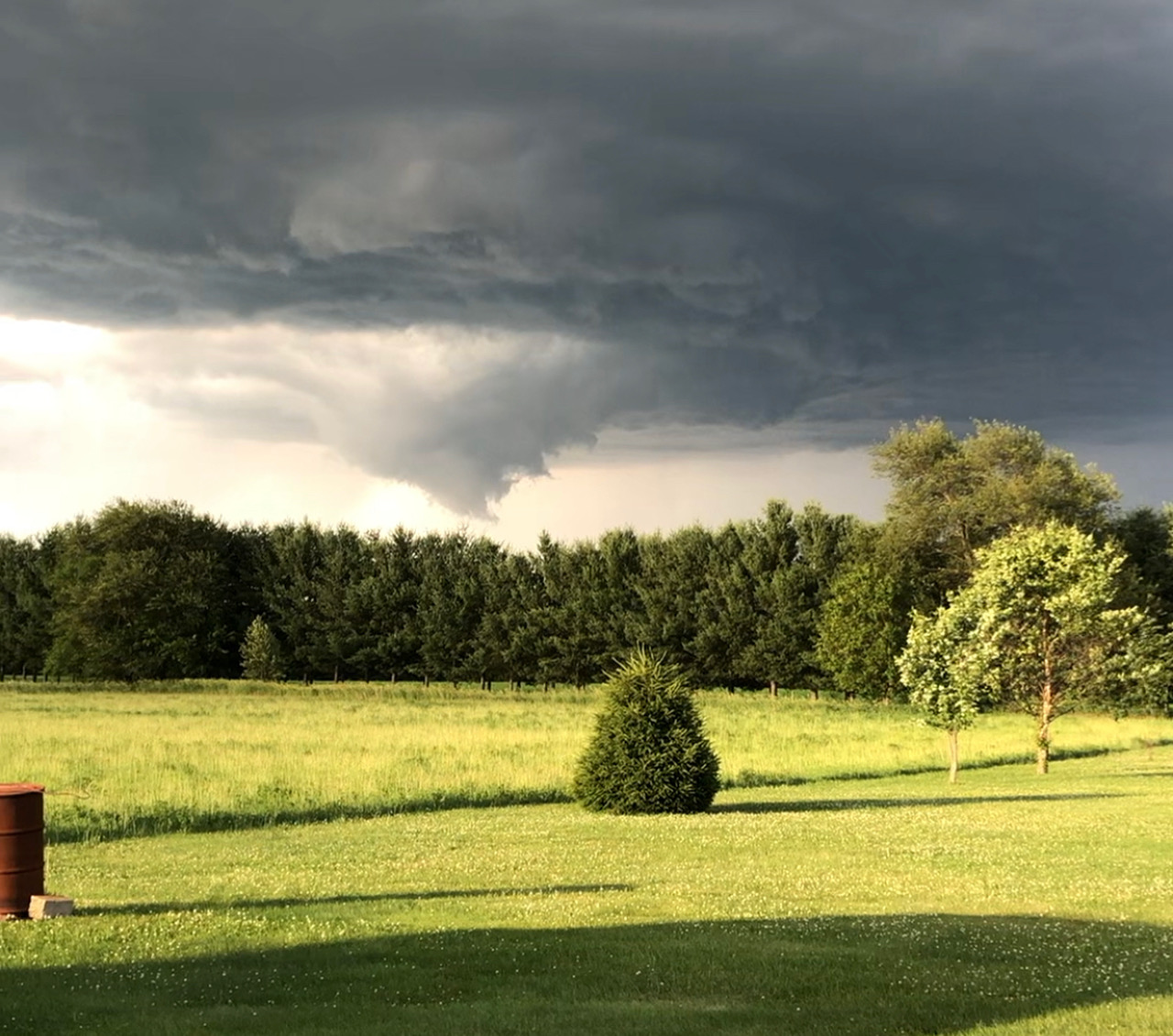 Possible wall cloud and funnel cloud seen looking north from North Liberty at 8 p.m. Tuesday evening.
That's when the photo you see above was taken by an ABC 57 viewer. The photo shows what the National Weather Service says is a healthy wall cloud and associated funnel cloud.

Thanks for the picture Tyler! Looking north from North Liberty would make sense. Appears to be well developed wall cloud with a funnel cloud. Rotation from radar did not last long, but was impressive a short time.

While there are no reports of tornadoes, this funnel cloud and tornado warned-supercell continued a busy severe weather year for Michiana. If you have any photos or videos, send them on in to us!