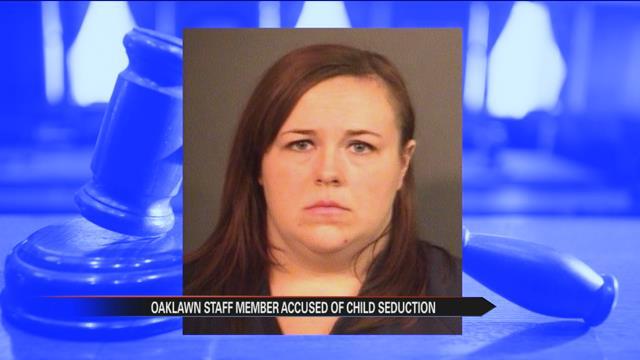 A female staff worker at the Children's Campus  at Oaklawn Mental Health Facility in Mishawaka is charged with three counts of child seduction.

Police say she admitted to having sex with a minor.

A troubling account of the details released to ABC 57 News describing the elicit relationship between the female staff worker and the teenage male victim.

The six page affidavit released to us details how 22-year-old Nicole Martin, a Mental Health Technician at the Children’s Campus at Oaklawn, began flirting with the 16-year old victim that led to oral sex and sexual intercourse.

Oaklawn's Children’s Campus is located on Lincolnway West in Mishawaka.

A description via their website says they provide mental health and addictions treatments for children, adolescents and adults.

It also states that they are a faith-based organization and they employ highly trained professionals that advocate on their behalf.

Court documents detail that between April 1 and April 25, Martin and the teenage victim met on three separate occasions to have sex.

Two of those alleged incidents happened inside the Oaklawn Campus.

The victim told police Martin was aware he was 16 years old.

Martin is now charged with three counts of child seduction, a level 5 felony.