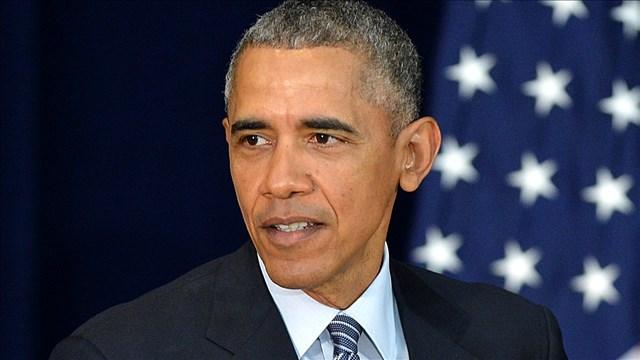 "I condemn, in the strongest sense of the word, the attack on law enforcement in Baton Rouge," Obama said in a statement.

The President will speak to the nation about the shootings at 4:30 p.m, ET

"For the second time in two weeks, police officers who put their lives on the line for ours every day were doing their job when they were killed in a cowardly and reprehensible assault," the President continued. "These are attacks on public servants, on the rule of law, and on civilized society, and they have to stop."

The shooting deaths of three law enforcement officers, with three more injured, came in Baton Rouge -- a city already on edge after an African-American man recently was shot and killed by police.

"We may not yet know the motives for this attack, but I want to be clear: there is no justification for violence against law enforcement. None. These attacks are the work of cowards who speak for no one. They right no wrongs. They advance no causes. The officers in Baton Rouge; the officers in Dallas -- they were our fellow Americans, part of our community, part of our country, with people who loved and needed them, and who need us now -- all of us -- to be at our best," Obama said.

"Today, on the Lord's day, all of us stand united in prayer with the people of Baton Rouge, with the police officers who've been wounded, and with the grieving families of the fallen," Obama said. "May God bless them all."

"For the second time in two weeks, multiple law enforcement officers have been killed in the line of duty," Lynch said in a statement. "There is no place in the United States for such appalling violence, and I condemn these acts in the strongest possible terms. I pledge the full support of the Department of Justice as the investigation unfolds. Our hearts and prayers are with the fallen and wounded officers, their families, and the entire Baton Rouge community in this extraordinarily difficult time."