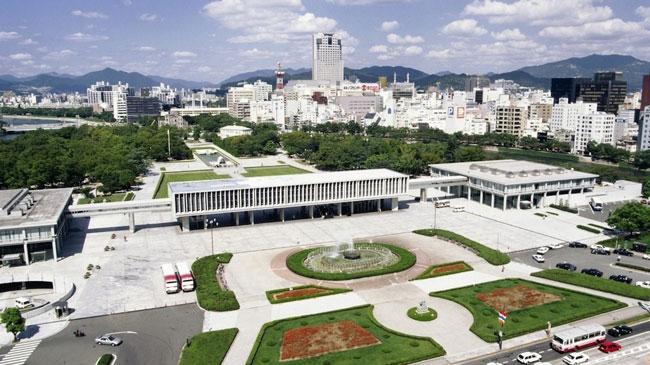 Added to the end of a late-May Asia swing, the visit fulfills a wish Obama expressed early in his presidency to visit the location where tens of thousands of Japanese civilians were killed in a nuclear blast at the end of World War II.

Weighing the visit, White House officials faced questions on whether Obama's presence would amount to an apology for using nuclear weapons, a move many historians consider essential to ending the war.

The White House has said the United States does not owe Japan a formal apology for using the atomic bomb in August 1945. Instead, officials say the visit will serve as a reminder the terrible destruction that nuclear weapons can inflict.

"He will not revisit the decision to use the atomic bomb at the end of World War II," Ben Rhodes, Obama's deputy national security adviser, wrote on Medium Tuesday. "Instead, he will offer a forward-looking vision focused on our shared future."

Rhodes said Obama would deliver remarks on nuclear non-proliferation -- a central tenet of the President's foreign policy -- during the stop in Hiroshima, which is scheduled for May 27. That agenda hasn't always proved popular. The nuclear deal brokered between Iran and western powers is derided by Republicans, and the presumptive GOP nominee Donald Trump has suggested that countries like Japan and South Korea should have access to nuclear weapons. Obama called that idea dangerous, and said it reflected Trump's ignorance of foreign affairs.

The White House said Japanese Prime Minister Shinzo Abe would accompany Obama on the stop, which comes after a meeting of the Group of 7 in Ise-Shima.

In Hiroshima, Obama will tour the Peace Memorial Park, constructed atop the busy commercial district obliterated by the bomb. Earlier this year, Secretary of State John Kerry became the highest-ranking U.S. official to pay respects at the site, and hinted that Obama would soon make his own visit.

Obama and his aides have long debated making a presidential stop in either Hiroshima or Nagasaki, where the U.S. dropped a second atomic bomb three days after the Hiroshima attack. In his previous three visits to Japan, officials decided against a visit, both for logistical reasons and to avoid fueling the perception of Obama as an apologist commander-in-chief.

On his first visit to Japan in 2009, Obama expressed a desire to stop in one of the cities before leaving office.

"The memories of Hiroshima and Nagasaki are etched in the minds of the world, and I would be honored to have the opportunity to visit those cities at some point during my presidency," he said.

But even in Tokyo, a visit by a U.S. president to the site of the nuclear destruction hasn't always been welcome. Ahead of Obama's first trip to Japan in 2009, a Japanese government official told then-Ambassador John Roos "it would be premature to include a visit to Hiroshima," recommending instead that Obama remain near the capital.

But as the United States and Japan have worked through other World War II-era grievances, a visit to the location became more tenable. At the same time, Obama has worked to advance efforts stopping the spread of nuclear weapons, an agenda that has particular resonance in the nations closest to North Korea, where missile tests continue to create unease among U.S. allies.

"The President and his team will make this visit knowing that the open recognition of history is essential to understanding our shared past, the forces that shape the world we live in today, and the future that we seek for our children and grandchildren," Rhodes wrote.