Obama: 'Vladimir Putin is not on our team' 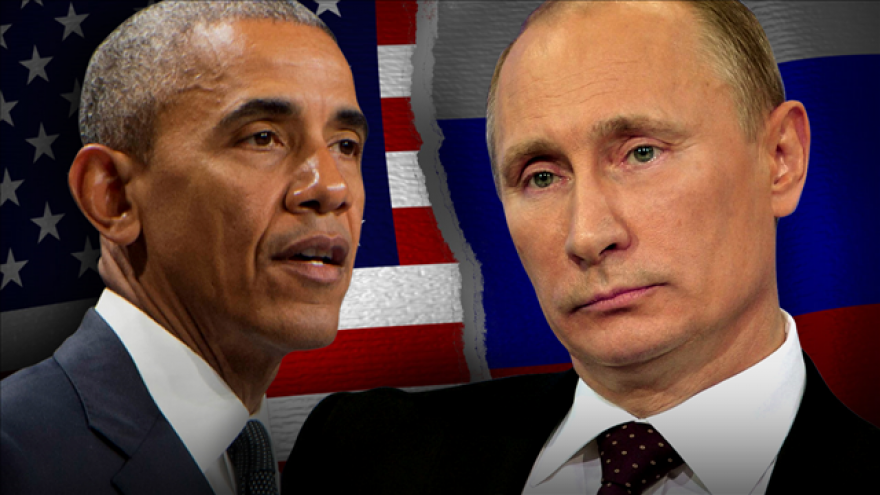 WASHINGTON (CNN) -- President Barack Obama says he's concerned about Republican commentators who appear to side with Russia over the US, saying Russian President Vladimir Putin should not be trusted.

"What is true is that the Russians intended to meddle and they meddled," Obama told ABC News' George Stephanopoulos in an interview that aired Friday. "One of the things I am concerned about is the degree to which we've seen a lot of commentary lately where there are Republicans or pundits or cable commentators who seem to have more confidence in Vladimir Putin than fellow Americans because those fellow Americans are Democrats."

"That cannot be," Obama insisted.

Asked if he was describing President-elect Donald Trump, Obama demurred.

"Well, what I will say is that -- and I said that after the election -- we have to remind ourselves that we're on the same team," Obama said. "Vladimir Putin is not on our team."

Obama's administration released a declassified version of an intelligence report Friday that indicates Putin ordered an "influence campaign" in the US election meant to hurt Democratic candidate Hillary Clinton.

On Thursday, Obama's top intelligence officials spent an hour briefing him on the report's findings in the Oval Office. A day later, they offered a similar briefing to Trump, who openly questions the intelligence linking Russia to the election meddling.

After his briefing Friday, Trump said in a statement that hacking efforts had "absolutely no effect on the outcome of the election."

He went on to vow that as President, he would appoint a team to generate a cybersecurity plan within 90 days of his inauguration.