Obesity is now a disease 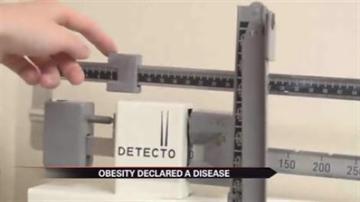 Mike Long thanks surgery for fixing his rotator cuff, but now blames it for his weight loss struggle.

"I just seen a photo that was just taken and it was like 'oh my god I cant believe I put on that much weight,'" said Long.

For Long, an unflattering photograph sparked his weight loss of more than 70 pounds. But he says it's not as easy as it looks.

"The hardest part is getting started. Now it's easy to get here but at first it was hard," said Long.

"It may change the development of new drugs and it may change what things are required for insurance companies," said Dr. Ken Elek, family physician.

Obesity is now defined as having a body mass index above 30. For some, that means looks can be deceiving.

"My BMI is very close to thirty and it's because I work out and there are a lot of people who fall in that category because muscle weighs more than fat," said Dr. Elek.

Doctors say the way to define obesity needs tweaking because not everyone fits the mold. Some have thyroid issues, genetic conditions, and some people are just overweight as a result of their lifestyle.

"There may be some genetic things we havent identified yet that will put people in this category, and they'll be in the same category as the person who drinks three liters of sugared soda a day," said Dr. Elek.

Of course, the AMA's decision doesn't come without controversy. A panel has warned the decision may cause over-reliance on medication and surgery instead of simply making lifestyle changes.