Objects tossed off overpass onto cars below 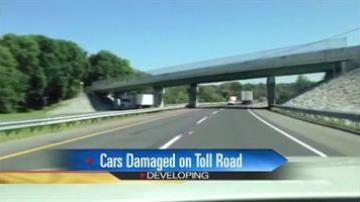 LAPORTE COUNTY, Ind. -- Police say someone threw bricks off a bridge onto cars driving on the Toll Road near mile marker 58 in LaPorte County. One of the victims spoke to ABC57 and said the suspects were throwing corn off the overpass, not bricks.

It happened just before midnight Monday.

Police say drivers whose cars were damaged were able to pull over to the side of the road after their cars were hit.

Indiana State Police say they get a couple calls a month about people throwing objects off overpasses onto cars below.

Because it was dark at the time, police did not get a good description of the suspect or suspects.

Police say if this happens to you, pull over immediately and call 911.

If you have any information in this case, contact the Indiana State Police.