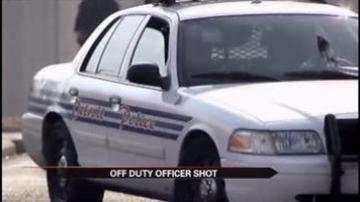 DETROIT. -- An off duty Detroit Police Officer was shot late Thursday night after trying to break up a fight.

The nine-year veteran is in serious condition after getting hit at a gas station.

Those in the area are surprised by what happened.

The incident is under investigation by homicide and internal affairs officers.