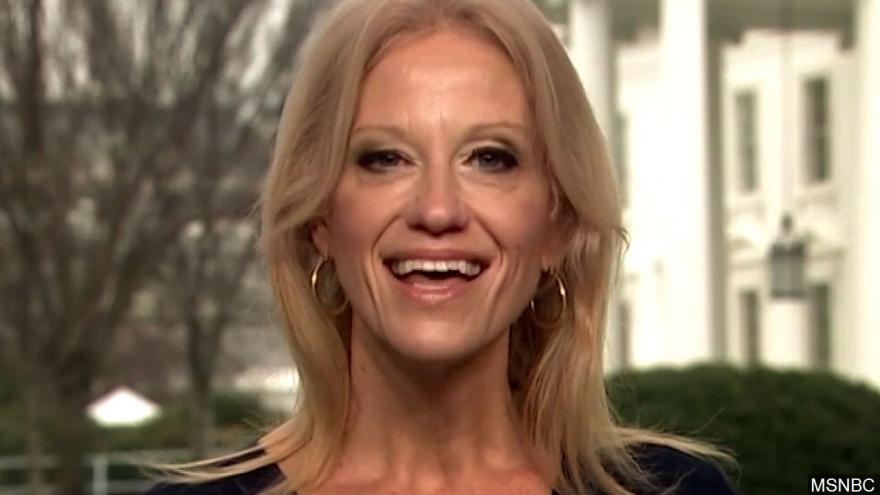 (CNN) -- The US Office of Special Counsel announced Tuesday that White House aide Kellyanne Conway violated the Hatch Act on two occasions by "advocating for and against candidates" in last year's Alabama Senate special election.

In a new report, the OSC special counsel, Henry Kerner, pointed to Conway's TV interviews conducted in her "official capacity" in November and December of last year. The agency said Conway "impermissibly mixed official government business with political views about candidates in the Alabama special election."

One of the two interviews was on CNN's "New Day," and the second was on Fox News' "Fox & Friends."

In a letter to President Donald Trump, Kerner said he is referring her violations for the President's "consideration of appropriate disciplinary action."

During the "Fox & Friends" interview November 20, Conway was introduced by the show's hosts as a "counselor to President Trump" and spoke from White House grounds. She said about Democratic Senate candidate Doug Jones: "Folks, don't be fooled. He'll be a vote against tax cuts. He's weak on crime, weak on borders. He's strong on raising your taxes. He's terrible for property owners."

During the "New Day" interview December 6, Conway -- again speaking from White House grounds and introduced by CNN anchor Chris Cuomo as "counselor to President Trump" -- said among other things that Jones will be a reliable vote "for tax hikes," "against border security," "against national security," "against the Second Amendment" and "against life," according to the OSC report.

Conway went on to tell Cuomo that Jones is "out of step for Alabama voters, according to the President," and that Trump "doesn't want a liberal Democrat representing Alabama in the United States Senate."

The Office of Special Counsel is unrelated to the investigation by special counsel Robert Mueller.