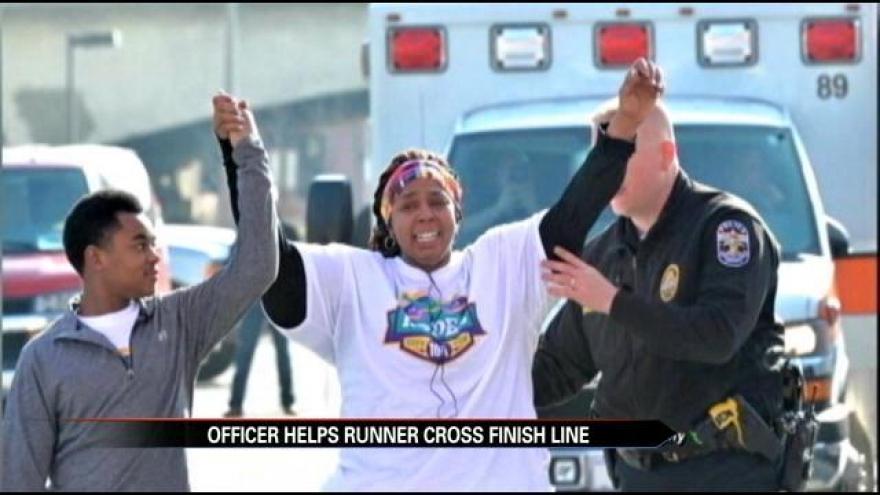 A Louisville, Kentucky officer is getting national attention for doing his part at a marathon this weekend.

Asia Ford was one of those many runners taking part this weekend.

For years, Ford says she struggled with weight.

From the time her husband lost a limb to diabetes, she made a promise to start losing weight.

She's been shedding the pounds ever since.

That's when a stranger helped her out.

"I'm not going to let her quit," said Lt. Aubrey Gregory of the Louisville Metro Police Department. "So I go out, she immediately grabbed my hand."

"He asked me if I wanted to stop and I was like no, we have two more miles to go," said Ford.

The two swapped stories as they made it through the last two miles together.

The picture that captured the two crossing the finish line has since gone viral with more than 40,000 likes and over 6,000 shares.