Officer injured after trying to break up a fight 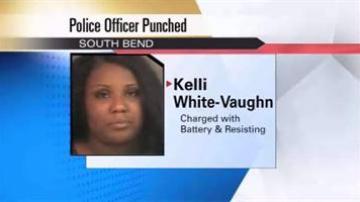 SOUTH BEND, Ind. -- A South Bend police officer is recovering after she got punched in the face.

According to police reports, a fight broke out between a group of women early Sunday morning on Woodward Street.

When officers tried to stop the fight, police say that Corporal Joy Phillips got sucker punched. Phillips received several stitches across her face and eye.

Police arrested Kelli White-Vaughn. She faces several charges including battery to a police officer and resisting.