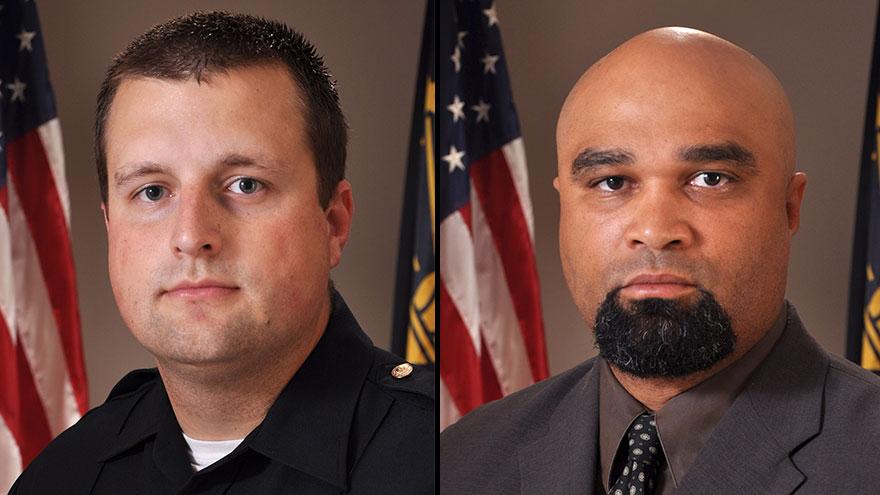 The officer who fired at the suspect was identified as Patrolman First Class Brandon Stec.

The other officer on scene was identified as Patrolman First Class Randy Goering.

Officers Goering and Stec conducted a traffic stop on the vehicle, driven by 18-year-old Kristopher Mingo Flores, according to CMHU.

Flores stopped his vehicle in the parking lot of Frank's Place and the officers followed in their unmarked vehicle.

As the officers approached Flores' vehicle, Flores exited his vehicle, raised a handgun and pointed it at Patrolman Goering, reports said.

Patrolman Stec saw the gun pointed at his partner and fired at Flores, reports said.

Officers Stec and Goering rendered medical aid to Flores until paramedics arrived and transported him to the hospital.