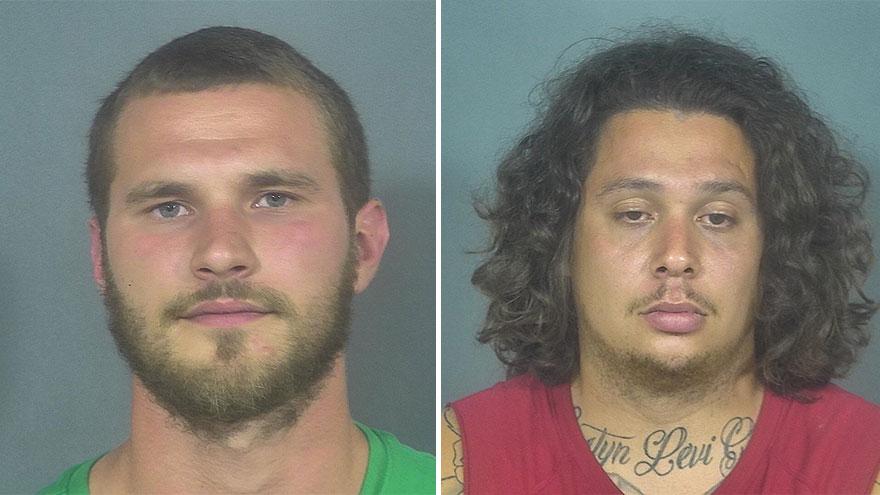 ST. JOSEPH COUNTY, Ind. -- A Mishawaka Police officer tackled and detained two men who were on a motorcycle attempting to flee from the officer, according to court records.

On August 21, the officer was patrolling in the area of Main and Lincolnway when he spotted a large group of people who were fighting, reports said.

He activated his emergency lights and got out of his patrol vehicle and ordered the subjects to stop.

As the officer approached, Tyler Nowicki ran from the scene.

The officer chased Nowicki and gave him verbal commands to stop.

As they approached 3rd Street, a motorcycle drove up to Nowicki and the driver told him to get on, reports said.

As Nowicki got on the back of the motorcycle, the officer leapt through the air, struck both subjects and knocked the motorcycle to the ground, according to the probable cause affidavit.

The officer gave the driver and the passenger several commands and despite not complying initially, both were taken into custody.

The driver of the motorcycle was identified as Domenico Macri, reports said.

Nowicki was charged with resisting law enforcement and disorderly conduct.