Officers cutting down on drinking and driving 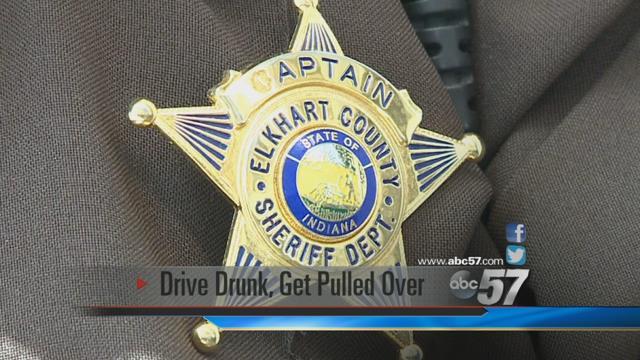 According to the National Highway Traffic Safety Administration, every two minutes a person is injured in a drunk driving crash. That adds up be about 263,000 crashes per year.

Officers at the Elkhart County Sheriff's Department had a busy weekend and are at work to cut down those numbers, one drunk driver at a time.

They arrested eight people and charged them with drinking and driving. Some of them were also found to be under the influence of drugs and had illegal drugs on them when they were pulled over.

According to Elkhart County Sheriff’s Department Captain James Bradberry, he said tracking down drunk drivers is a non-stop job.

“We would rather see high numbers of arrests for this because we do know that by having our officers out there in the public, looking for this type of activity, we want to do our part to reduce crashes and ultimately fatalities or serious injury because people choose to drink and drive,” said Bradberry.

He said they want to make their officers known in the community as a way to deter people from getting behind the wheel drunk.

“If we can somehow have a presence out there where people see us being active and being active in our community prevent bad things from happening,” Bradberry added.

In regard to the arrests over the weekend, he said that shows officers are doing their job.

“Our guys did an excellent job of doing this and you just never know how many crashes and lives were saved,” he said.

In all 50 states, it is illegal to drive with a Blood Alcohol Concentration level of .08% or greater.

Indiana law states that first-time offenders convicted of driving under the influence could spend up to a year in jail and be fined up to $5,000.