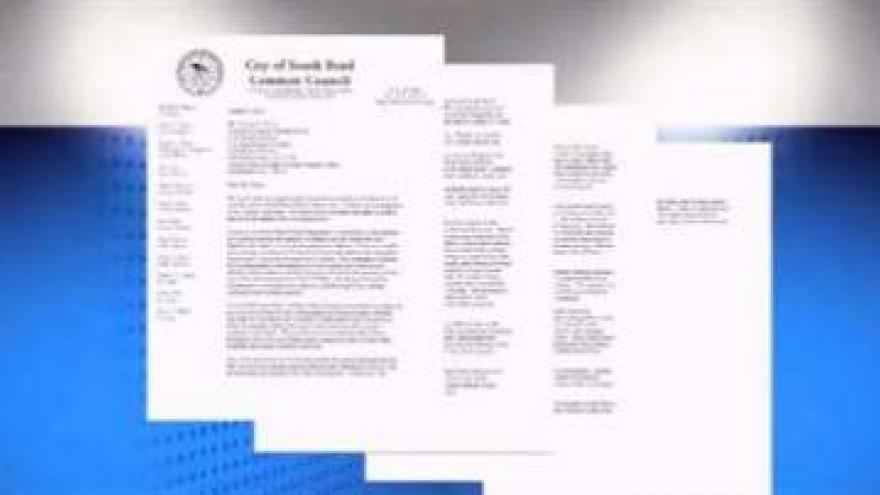 SOUTH BEND, Ind -- Three police officers who are already suing the South Bend Police Department have notified the city of another lawsuit. The city and a council member are named in the suit.

Tim Corbett, David Wells and Brian Young want to sue the city and council member Henry Davis Jr for defamation and libel because of a letter Davis sent to the Department of Justice.

In August, Davis wrote a letter to the Department of Justice asking for a full investigation into the policies, practices and behaviors of South Bend Police officers.

"A member of the City Council, they do not give up their rights of constitutional freedom of speech,” said council attorney Kathy Cekanski-Ferrand.

Cekanski-Ferrand says in his letter, Davis wrote Commander Corbett and Lieutenant Wells "… are the police officers who have been recorded having politically incorrect, racially insensitive, and perhaps criminal discussions on police department telephones."

Corbett, Wells, and Young, who was referenced as the person they were talking to on the other end of the line, say that is defamation and libel.

"That's a high standard that the plaintiffs would have to show,” said Cekanski-Ferrand.

Libel is one of the most difficult claims to prove.

"One of the standards would be a reckless disregard for the truth,” said Cekanski-Ferrand.

Corbett, Wells, and Young are already suing the city, former Chief Boykins, Karen Depaepe and the attorney representing her all in connection to the tape scandal.

Now they are branching out and going after Davis.

"I've represented the City Council for 38 years, and we have never had a defamation or libel suit filed against any standing City Council member,” said Cekanski-Ferrand.