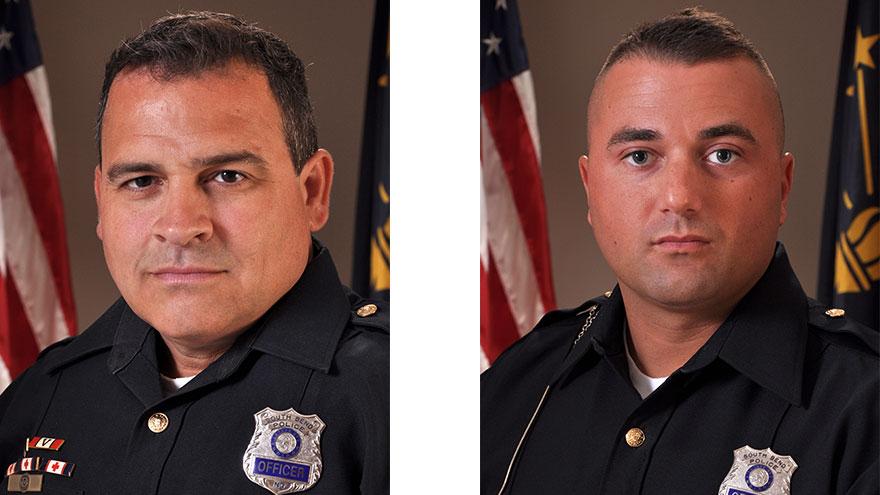 SOUTH BEND, Ind. -- South Bend Police have released the names of the two officers involved in the incident Thursday night that resulted in one of the officers firing his weapon.

Police said the officers were responding to reports of a suspicious person in the 1300 block of S. 33rd Thursday evening when Mason tripped and fell while backing away from a dog that exited a nearby home.

While on the ground, the dog bit Mason's leg.

Rothy then fired his service weapon to get the dog away from Mason.

Because the officer fired his weapon, the department is reviewing the incident.