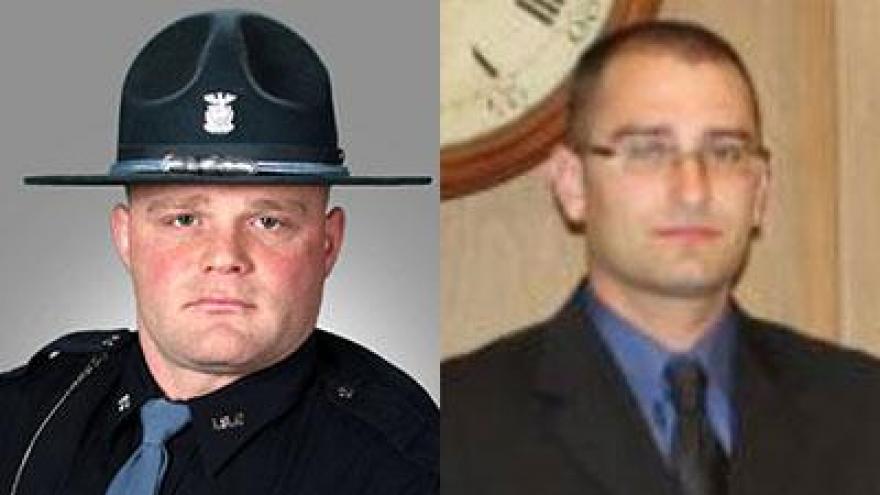 MARSHALL COUNTY, Ind. - The Indiana State Police and the Plymouth Police Department have released the names of the two officers who shot 33-year-old Lane Dodson December 29th in the parking lot of the Kmart on Pilgrim Lane.

The Indiana State Police Trooper has been identified as William B. Ennis.

Ennis is stationed in the Bremen Post in Marshall County. He has been with the department since December 2007.

Ennis is on paid administrative leave during the investigation.

Emenhiser has been with the department since April 2013.

Emenhiser is on paid administrative leave during the investigation.