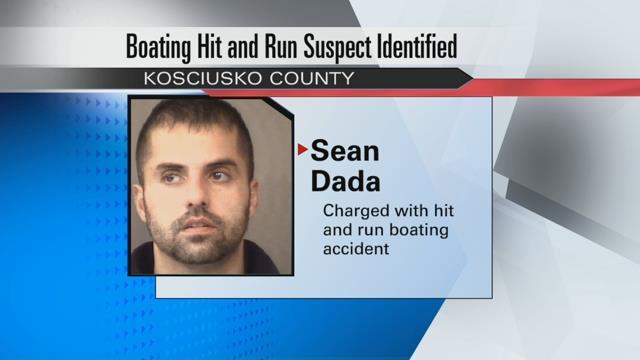 Indiana Conservation Officers identified the suspect in a hit and run boat accident that occurred September 23 on Lake Wawasee.

32-year-old Sean Dada of Syracuse was identified as the suspect later by officers.

Dada was preliminarily charged with one misdemeanor count each of dangerous operation of a motorboat, and leaving the scene of a property damage boat accident.

Officers were assisted by the Kosciusko County Sheriff’s Department Lake Patrol as well as several members of the public who came forward with information leading to charges against Dada.

According to the report, Dada operated a 25’ Chris Craft cabin cruiser motorboat September 23 when his boat collided with a pier.

Alcohol is believed to a factor in the accident, according to conservation officers.