Officers who responded to shooting identified 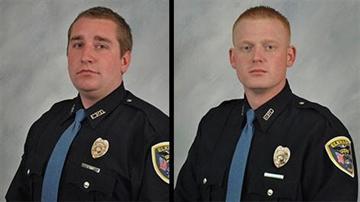 ELKHART, Ind. -- The Elkhart Police Department released the names of the two officers who responded to the Martin's shooting incident Wednesday night.

They have been identified as Corporal Cody Skipper and Corporal Jason Tripp.

Skipper was hired in December 2008.

Both officers are on paid administrative leave pending the outcome of a review by the Elkhart County Prosecutor's Office.