Official: Son of 'El Chapo' has been kidnapped 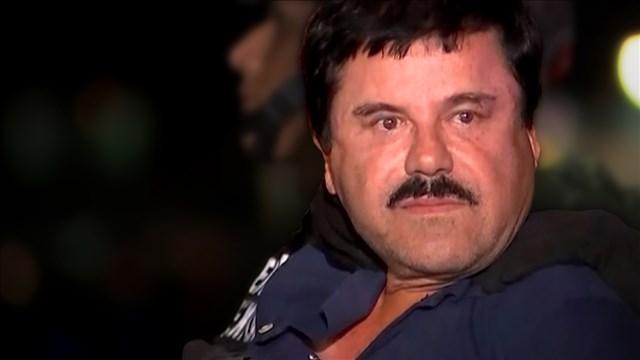 A son of Mexican drug lord Joaquin "El Chapo" Guzman was among those kidnapped from a restaurant in Puerto Vallarta, Mexico, Jalisco Attorney General Eduardo Almaguer said at a news conference Tuesday.

"At this moment, we have identified four of the kidnapped," Almaguer said, "one of them being Jesus Alfredo Guzman."

Previously, Guzman family attorney Pablo Badillo said it was "very likely" that the drug cartel leader's eldest son, Ivan Archivaldo, was abducted from La Leche restaurant. It was not immediately clear whether Ivan Archivaldo was among those kidnapped.

A son of Mexican drug lord Joaquin "El Chapo" Guzman may have been among those kidnapped from a restaurant in the Mexican beach resort city of Puerto Vallarta, according to the Guzman family.

While the details surrounding the kidnapping are still under investigation, Guzman family attorney Pablo Badillo says "it's very likely" that the drug cartel leader's eldest son, Ivan Archivaldo, was abducted.

Badillo told CNN he was contacted by the Guzman family Tuesday afternoon and they had told him that "the possibility of Ivan Archivaldo having been abducted is very high."

But Eduardo Almaguer, Jalisco state attorney general, isn't so sure. Almaguer backpedaled on his earlier remarks that Archivaldo was among those abducted early Monday.

"I want to be very direct. There is no report made by anybody regarding the abduction of any of these victims," Almaguer said in an interview with Mexico City's Radio Formula on Tuesday morning.

Almaguer said in the radio interview that six people were abducted by seven armed men.

Initial local media reports had said as many as 16 people were kidnapped, while local authorities said between 10 and 12 people were abducted from the restaurant.

The incident unfolded at the upscale La Leche restaurant on Francisco Medina Ascencio Avenue, the coastal city's main thoroughfare. White decor adorns the interior of restaurant, known for its international dishes. La Leche, or "The Milk" in Spanish, is considered one of the trendiest spots to eat in Puerto Vallarta by tourists.

Ivan Archivaldo is in his 30s. He is one of El Chapo's two sons from his first marriage, along with Jesus Alfredo.

The Guzman family confirmed that they had not been able to get in touch with Archivaldo, who was traveling in Puerto Vallarta.

A message was posted Twitter Tuesday afternoon from an account believed to pertain to Ivan Archivaldo Guzman. The tweet said "NOTHING IS HAPPENING," but CNN could not verify whether that account actually belongs to Guzman's eldest son.