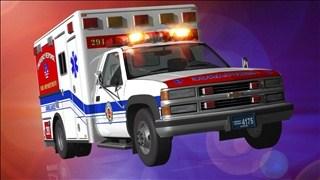 Officials from the Elkhart County Coroners' Office say they are investigating the death of a 30-year-old man from St. Louis, Mich.

Officials say the man who has been identified as Brian L. Bearden was pronounced dead shortly after 5:00 p.m. Firday at Bull Moose Tube Company located on CR 20 in Elkhart, Ind.

Investigators say the death appears to be the result of an industrial accident, and have scheduled an autopsy for Saturday morning.

The Elkhart County Coroners' Office is investigating a death that appears to be a result of an industrial accident.  Brian L. Bearden, 30, of St. Louis, Michigan was pronounced dead at 5:06 PM this evening.  The death occurred at Bull Moose Tube Company, 29851 CR 20, Elkhart, IN 46517.  An autopsy is scheduled for Saturday, 1-31-15.  More information will be released as it becomes available.