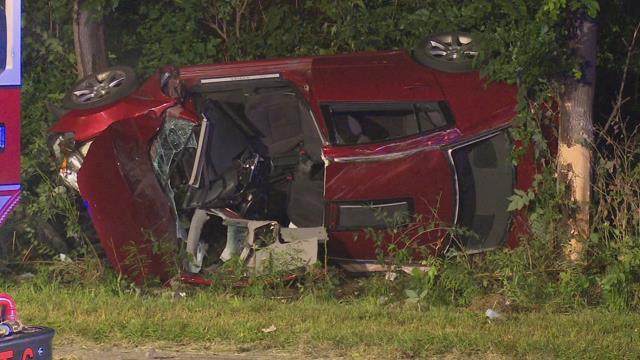 A single car rolled over into the woods near the intersection of North Falcon Street and Washington in South Bend just after 3:00 AM this morning.

Officials say two people, one man and one woman, were in the vehicle. They believe speed and alcohol played a factor in the crash. FACT is leading the investigation.

Both passengers were trapped in the vehicle. Officials took them to Memorial Hospital. They remain unresponsive and in critical condition at this time.

The passengers have not yet been identified. Officials guess they are both in their thirties.

The scene was cleared around 6 A.M. Sunday morning, nearly three hours after the crash. The investigation is ongoing.