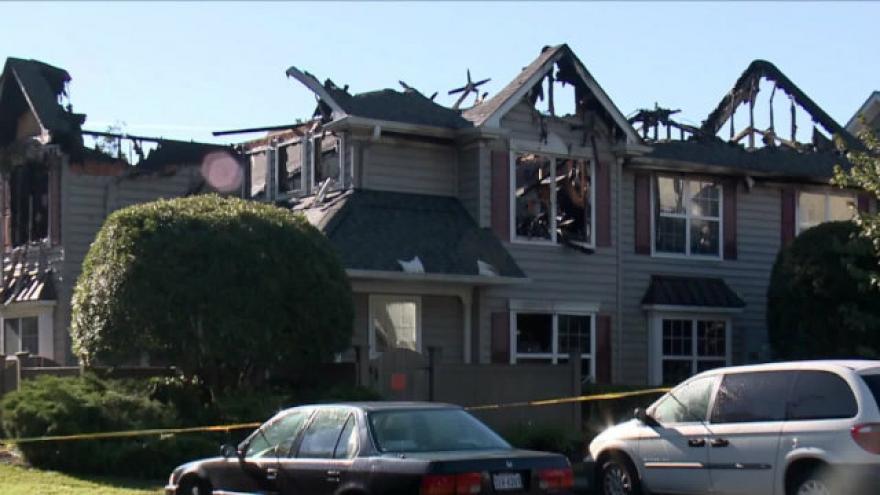 A helicopter pilot and 91-year-old resident of the building died in a crash, Sunday. Photo courtesy WTKR 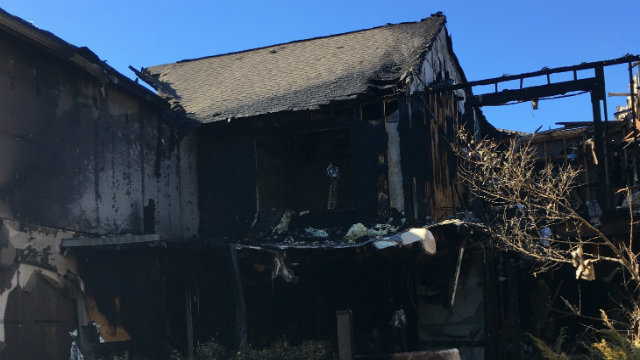 WILLIAMSBURG, Va. (AP) — Authorities have recovered the body of the pilot of a small helicopter that crashed into a Virginia apartment building and killed a resident, the National Transportation Safety Board said Monday.

The aircraft is registered to a Henry E. Schwarz of Alexandria, Virginia, according to Federal Aviation Administration Records. A woman who answered the phone at Schwarz's home said he was not there.

Only one person was on board the plane Sunday afternoon, Brazy said. The helicopter took off from the Williamsburg-Jamestown Airport about a 1 mile (1.6 kilometers) from the crash site.

Investigators are still interviewing witnesses. But some said the engine of the four-seat helicopter sounded "funny" or "unusual" before it crashed into the 10-unit apartment building, setting it on fire, Brazy said.

Charley Rogers, a lineman who oversees operations at the Williamsburg-Jamestown Airport, told The Associated Press on Monday that Schwarz had taken off from the airport Sunday afternoon.

He declined to address whether Schwarz had died, but the airport's flag was flying at half-mast.

Rogers said Schwarz is the president of the Virginia Helicopter Association and had just attended one of the association's meetings at the airport Sunday afternoon. He was heading for home in Alexandria.

Rogers said Schwarz kept his helicopter well maintained, even flying it to the manufacturer in California last year to have it overhauled for just shy of around $400,000

Rogers said Schwarz told him that he served in Vietnam.

"Most people who flew in the military wanted to fly something similar after they got out," Rogers said.

Schwarz was a major in the U.S. Army. During the mission for which he earned the medal, Schwarz led a number of helicopters to resupply a Vietnamese convoy that had been ambushed, Goldberg said. Schwarz hovered his helicopter in a landing zone area for several minutes despite continued enemy fire, directing the other helicopters to safe landing sites.

Rogers said Schwarz was 85 years old, which was somewhat unusual for someone who still flew, but it wasn't unheard of.

"Henry's the nicest guy you'll ever meet," Rogers said. "I never saw him like he was upset. Never heard him raise his voice. Nothing out of the way."

Virginia State Police said 91-year-old Jean Lonchak Danylko, who lived in the apartment building, was killed when the helicopter crashed.

State police Sgt. Michelle Anaya said Danylko's family is still trying to cope with the loss of a woman known to many as "Grandma Jean."

Reading from a statement provided by the family, Anaya said Danylko was an avid reader and world traveler who lived alone, still drove and volunteered each week at a local senior center.

Danylko's family said she had worked as the secretary to Bruce Christensen when he was president of PBS. He and his family still sent Danylko Christmas presents.

"Generous and thoughtful, Jean was well loved and admired by all who knew her," Anaya said, reading from the family's statement.

This story has been corrected to note the helicopter took off from Williamsburg-Jamestown Airport, not the Newport News/Williamsburg Airport