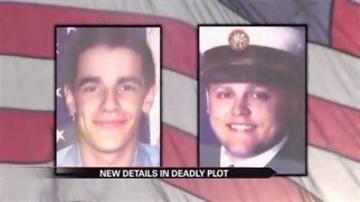 WEBSTER, N.Y. -- New York investigators continue to comb through the scene of a deadly ambush on Christmas Eve.

Emotions were high as firefighters faced the reality that they had to bury their own after the attack.

Police say Spangler fired from a nearby hill as if he were a military sniper.

The 62-year-old eventually turned the gun on himself. He was found dead at the scene.