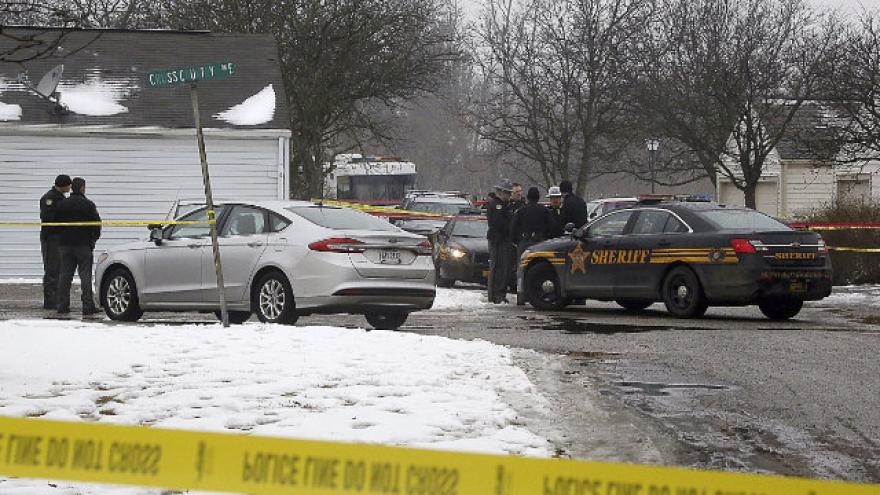 By Steve Almasy and Deanna Hackney 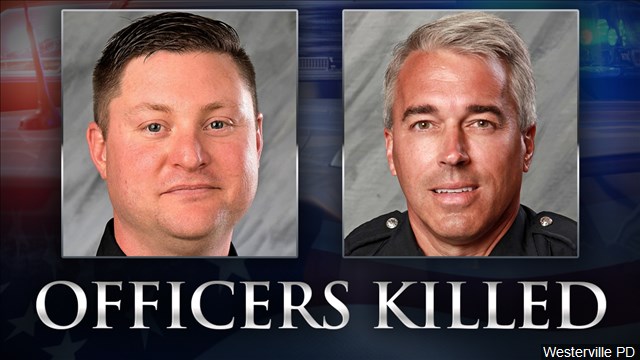 The officers were shot as they entered an apartment while responding to a 911 call that ended with a hangup, Westerfield Division of Police Chief Joe Morbitzer told reporters. Morbitzer said officers responded to what was a potential domestic situation, but didn't go into detail about the incident.

One officer died on the scene and one died at the hospital, the chief said.

They were identified as Eric Joering, 39, who had been with the department for 17 years, and Anthony Morelli, 54, who had served 30 years.

"Both officers gave their lives in the protection of others," Morbitzer said through tears. "Those are true American heroes."

"My thoughts and prayers are with the two police officers, their families, and everybody at the @WestervillePD," he wrote.

Morbitzer said the officers were two of the best in his department.

"This was their calling and they did it right. They knew how to do policing the right way," he said. "They were pillars in our department."

Ohio Gov. John Kasich, who is from Westerville, pledged his support for the town and its police department.

"The finest among us are those who risk it all everyday for our safety, and Officers Anthony Morelli and Eric Joering were those people. Their deaths are a terrible tragedy," he said.

Eleven US law enforcement officers have been killed by gunfire this year, according to the Officer Down Memorial Page, a nonprofit dedicated to remembering those killed in the line of duty.