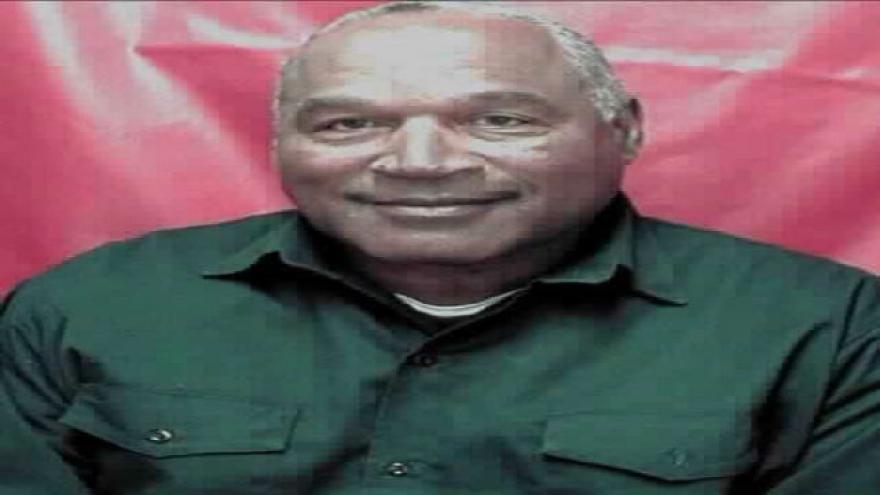 Orenthal James \"O.J.\" Simpson will have a July 20 hearing before the Nevada Board of Parole to decide whether he will be released from prison, according to parole board spokesman David Smith. If paroled, he could be released as early as October, Smith said. Photo courtesy Nevada Department of Corrections

By Paul Vercammen and Eric Levenson

(CNN) -- Bruce Fromong, the only surviving victim of the 2007 O.J. Simpson-led armed robbery that led to the former football star's imprisonment, says he is going to testify at a Thursday parole hearing -- in support of Simpson's release.

Fromong told CNN in three phone conversations he plans to travel to Nevada's Lovelock Correctional Center to advocate for his one-time friend's release. "I never thought that the crime deserved that much time, that long of a sentence," Fromong said.

The Nevada Parole Board has declined to comment on whether or not Fromong is to testify at the hearing.

The other victim of the Las Vegas robbery, Alfred Beardsley, died in 2015.

Simpson, the former NFL great and movie star, was acquitted in 1995 of killing his ex-wife Nicole Brown Simpson and Ron Goldman. More than a decade later, he was convicted of kidnapping, armed robbery and other charges related to the incident in a hotel room.

At his sentencing hearing, Simpson argued that he was attempting to get family heirlooms and personal items back from memorabilia dealers, including Fromong. Simpson said he did not know his associates were armed. He was sentenced to nine-to-33 years in prison in 2008.

'I'm going to tell the truth'

Fromong said he has been working hard for weeks on his testimony and has gone through piles of paper putting down thoughts. "It's important that I see O.J. face to face, man to man," he said.

"I'm going to tell the truth, the whole truth and nothing but the truth."

At his 2008 trial, Simpson testified that he and several cohorts entered The Palace Station hotel room to get back "his stuff" back from Fromong and Beardsley.

When Fromong testified at the trial, he was asked by Clark County District Attorney David Roger if he stole anything from Simpson. "No sir, I did not," Fromong said.

Fromong says he and Simpson became close friends in the early 1990s and worked on memorabilia deals together.

Fromong told CNN affiliate KLAS if Simpson is released, he expects their friendship to pick up where it left off.

"If he called me up and said 'Bruce I'm getting out tomorrow I need a ride,' I'll be there."