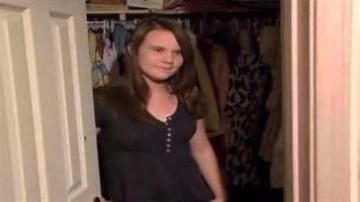 DURANT, Okla. -- An Oklahoma 12-year-old girl was home alone when someone broke into her home.

First, the girl called her mom who instructed the girl to grab the gun in the mother's closet. The girl then called police.

The girl clutched her mother's .40 caliber Glock in a hiding place. As the intruder approached the spot, the sixth-grader did not hesitate. She pulled the trigger.

"When I had the gun, I didn't think I was actually going to shoot somebody," said Kendra St. Clair. "I think it's going to change me a whole lot, knowing that I can hold my head up high and nothing can hurt me anymore."

According to police, the girl hit Stacy Jones in the shoulder, scaring him to run out of the house.

Police arrested Jones a few blocks from the house. He is charged with first degree burglary.