Oklahoma kindergartner almost sent home over U. of Michigan jersey 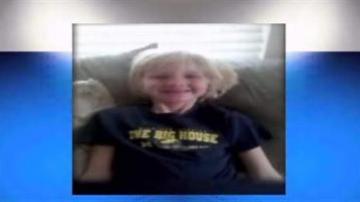 OKLAHOMA CITY, Okla. -- An Oklahoma kindergartner was almost sent home after he showed up wearing a University of Michigan jersey, his favorite team.

"He said they made him turn it inside out because it said Michigan," Shannon Barton, the mother, said. "He was a little embarrassed."

Oklahoma City Public Schools banned students from wearing anything other than Oklahoma apparel.

The district says the dress.code was created seven years ago to gut down on gang violence.