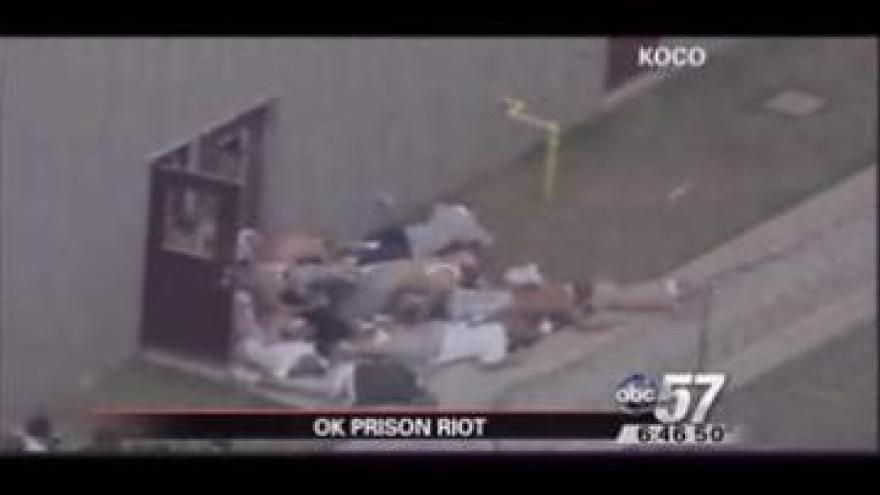 OKLAHOMA CITY -- You have got to see this video!  Inmates from California being held in a western Oklahoma prison rioted on Tuesday.

A band of officers approached the facility and threw tear gas inside of the building where the riot was taking place.

Prisoners climbed over each other to get outside into the fresh air.

Medical teams say more than 20 inmates were hurt in the riot.

At least five of them were hurt so badly that helicopters had to transport them to hospitals.

There is no word yet on what started the riot.