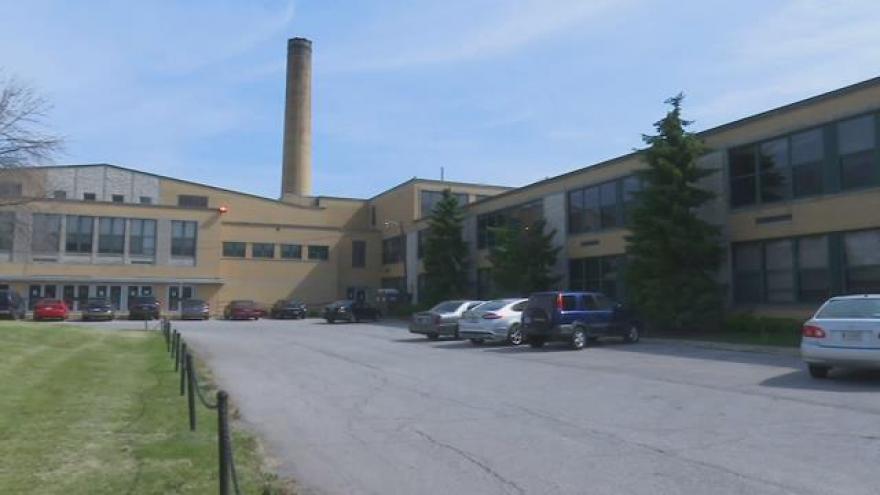 Most of the old St. Joseph High School building in South Bend will be demolished this summer.

“Today, we are happy to announce a great partnership, a continued partnership, with the University of Notre Dame because we are entering into a long-term lease to both use and manage this property, which is the former St. Joseph High School,” Holy Cross College President Brother John Paige said.

Paige announced the new deal Tuesday afternoon, standing inside what will become a new extension of his college.

“We will be using it and calling it the St. Joseph Arts and Sciences building because we need the space,” Paige said.

But Holy Cross doesn’t need all the space the old high school – built in 1953 – has to offer. About two-thirds of the building, including its signature smokestack, will be torn down this summer, leaving part of it for Holy Cross to use in the coming months.

“We need space immediately,” Paige said. “So, instead of building a new building immediately, we have this space that we can use, starting in August.”

The south section of the former high school will house offices, labs and space for art programs for Holy Cross faculty and students.

“As we grow as a campus, for the students, it definitely increases morale and students really feel like as we grow, it becomes even more of a home for them,” Holy Cross College Student Body President Patrick O’Connor said.

The demolition will leave a large green space for students and the community to use, but it will only be temporary.

Paige walked through the school’s 15-year plan to transform the property into an event center.

“On that site, conceptually, down the line, we’re looking for an event center for athletics, for example basketball, volleyball, wrestling, academic convocations and things like that,” Paige said.

Demolition is expected to begin in the coming weeks.

Neighbors of the old school are looking forward to the changes, as long as the plans are transparent.

“As neighbors, you’re always curious about noise, increased traffic, lighting, potentially as an issue,” South Bend Common Council 4th District Representative Jo Broden, who lives near the old school building, said. “But all of those things, as the college goes forward, a dialogue will be entered into and we’ve already had a terrific relationship where they have worked with the neighborhood and have been in good communication.”