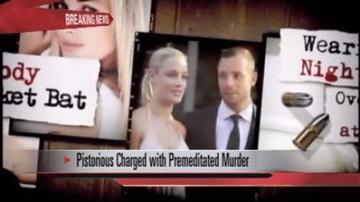 SOUTH AFRICA — The South African Olympian accused of murdering his girlfriend has been charged with pre-meditated murder.

According to police, Oscar Pistorius killed his girlfriend Reeva Steenkamp on Valentine's Day at his home in South Africa.

They believe he may have fired the first shot in the bedroom before shooting her three more times through a bathroom door.

Investigators now say Steenkamp may have been alive after the shooting.

Police said that Pistorius carried her body down stairs.