One arrest after shots fired in South Bend 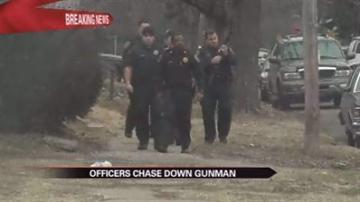 SOUTH BEND, Ind. -- Officers were forced to chase an armed man into a house Monday afternoon near the intersection of College Street and Lincoln Way West in South Bend.

Officers received a call of shots fired and when they arrived they saw a man carrying a shotgun.

The man then ran into the house.

Officers surrounded the house and asked everyone in the house to come out.

After a short time all three came out of the house.

Police say they believe the man was shooting at a neighbor’s dog.

No one, including the neighbor’s dog, was injured.

The alleged gunman has been arrested and faces a charge of criminal recklessness.