One arrest made in murder of Nathan Hall 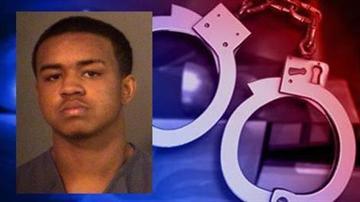 SOUTH BEND, Ind. -- The St. Joseph County Prosecutor's Office announced the arrest of 18-year-old Shane Williams in the death of Nathan Hall in the early morning hours of April 16, 2014.

A witness told investigators Williams and another person were discussing robbing Hall because he had a lot of marijuana.

Williams contacted Hall through Facebook and arranged to meet for a marijuana deal, according to the prosecutor's office.

The witness said Williams and another person left to go meet with Hall.

Williams allegedly told the witness he met with Hall on Adams Street and the other person hung back.

The unidentified other person then approached Hall, pointed a gun at his head and shot and killed Hall, allegedly because he knew Williams' name, according to the affidavit.

Williams told a witness he took an "eighthie" of marijuana and $80 from Hall.

"It's not like Mr. Hall was supplying all of the west side of South Bend. It was a very, very small amount," said Ken Cotter, St. Joseph County Prosecutor's Office.

The man who allegedly pulled the trigger broke into a nearby house and asked for black pepper, police say it's possible the person wanted to throw off the scent to confuse K-9s.

Police don't have enough evidence to seek charges against the alleged shooter. Police are asking anyone who may have information to come forward.