One Indiana pumpkin patch not hindered by drought 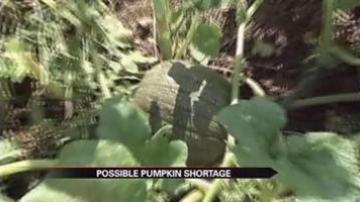 INDIANAPOLIS -- Despite Indiana's extreme drought, there are plenty of pumpkins at one pumpkin patch.

Stony Creek Farm near Indianapolis says that it took a whole lot of work to get their pumpkins growing.

"For the first time in 40 years we had to actually start the pumpkins in pots in the greenhouse, because there was just not enough moisture to germinate the seeds," Loren Schmierer said.

Once germinated, the real work began.

Employees spent two weeks moving the pumpkins to a 10 acre field. And then they had to hand water them until the rain finally came.

But the other farms may not be so lucky.