One injured in shooting at apartment complex in Elkhart 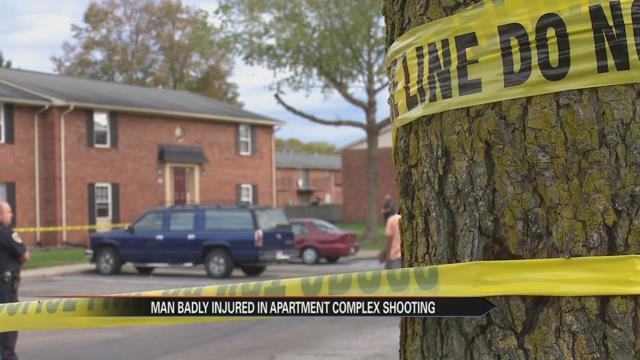 Elkhart police responded to a shooting at an apartment complex Wednesday leaving one person in the hospital with life-threatening injuries.

Officers were dispatched to the 3200 block of Burr Oak Avenue at the Carriage House Apartment complex for a shots fired.

The call came in around 2:30 Wednesday.

Witnesses say they heard several sounds of gunfire and subjects running from the area.

"I heard the shots and then I got scared for our lives," said neighbor Maricla Mikan. "I didn’t know if he was going to shoot again because he was walking around with it, the gun”

During the investigation, officers were told that there was a victim with a gunshot wound at Elkhart General Hospital.

Police say a 35-year-old male is currently being treated for life-threatening injuries.

At this point in the investigation, officers say there was a dispute earlier in the day.

During the fight, shots were fired and the person who was accused tried leaving the scene with his friends in a vehicle.

“Some more shots were fired, one of those rounds we believe is what struck our victims from this incident and he was transported in the car where he was shot to the hospital by friends," said Sgt. Chris Snyder of Elkhart Police.

The victim was transported by friends to the hospital.

Detectives are interviewing witnesses and evidence technicians are collecting and processing evidence.