One killed, one injured in trench collapse 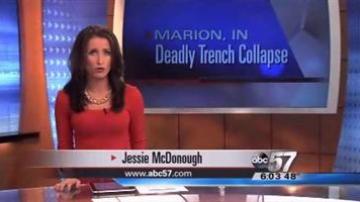 MARION, Ind. — One man is dead and another is recovering after a trench collapsed on them.

The accident happened just after 7 p.m. Wednesday in Marion, Indiana.

Officers say that one of the victims was buried up to his chest and the other up to his waist.

Emergency workers dug both men out and rushed them to the hospital.

Ross Hoffmann, 55, was pronounced dead at the hospital.

The other victim was treated is now recovering at home.