One person airlifted to the hospital following a crash 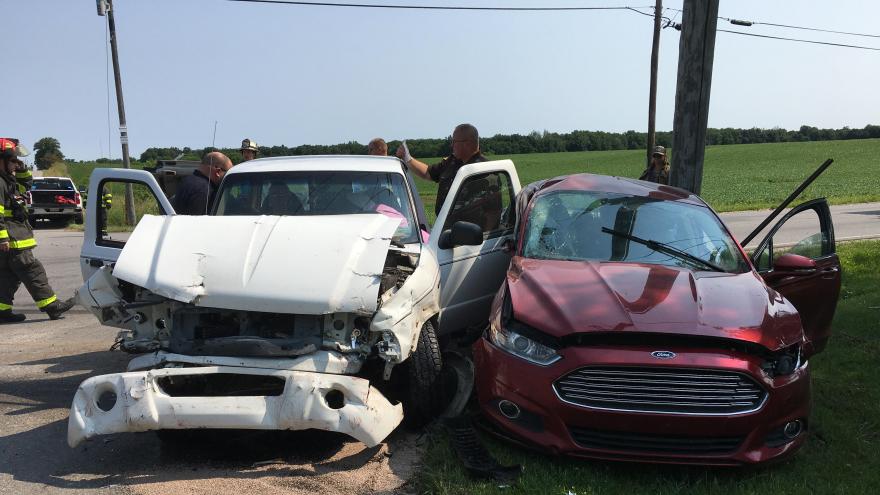 KOSCIUSKO COUNTY, Ind. -- The Kosciusko County Sheriff's Office reported that police responded to a crash at the intersection of SR 14 and CR 600 West in Steward Township at 10:44 a.m. Saturday that resulted in one person being airlifted to a hospital.

Emergency crews responded to a two-vehicle collision that preliminary results show a driver was travelling south on CR 600 West before failing to yield at the intersection and crashed into another vehicle travelling east on SR 14, police say.

Police report that the driver who failed to yield, April Lloyd of Silver Lake, was airlifted to a hospital with injuries that are not life-threatening.

The driver of the other vehicle, Amber High, sustained injuries that are also not life-threatening as a result of the crash, police say.