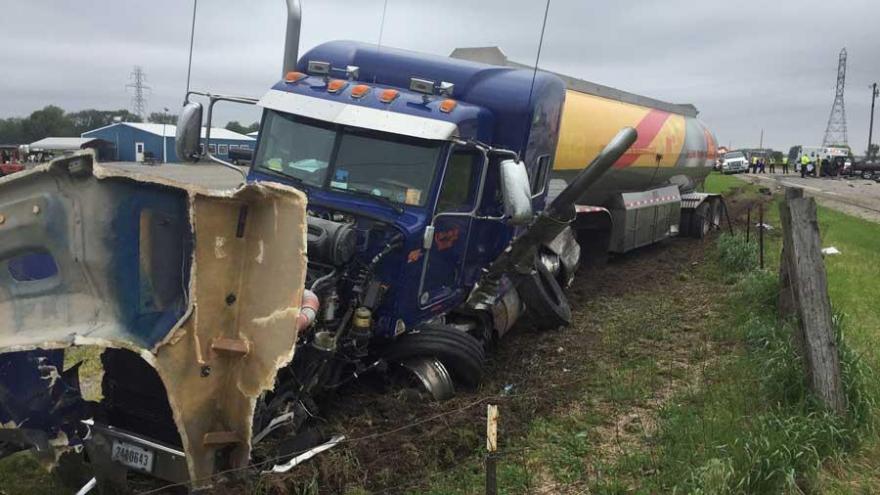 LA PORTE, Ind. - The La Porte County Sheriff's Office is investigating a fatal crash that happened on US 6 Thursday afternoon.

The crash happened around 2:20 p.m. on US6 just west of Walkerton.

A pickup truck and semi collided head-on on US 6 near 875 E.

The sheriff's office says the pick-up truck traveled left of center and caused the head on collision.

The semi drove off the road and into the median after the collision.-

Deputies released the name of the victim killed as 63-year-old Michael Megyeri of South Bend, Indiana,.

US6 was closed during the cleanup and investigation of the crash. It reopened around 3:15 p.m.