One person has died in a crash on Old US 20 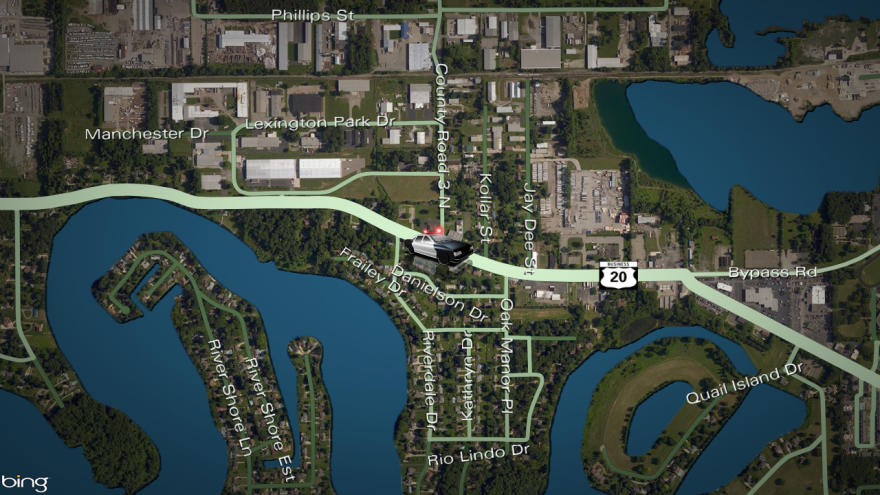 The driver of a Jeep was traveling eastbound on Old US 20, west of CR 3 just after 4 p.m.

That driver, 68-year-old Sharon Ann Hedrick crossed the left of the center line and drifted into the westbound lane of traffic on Old US 20.

Hedrick sideswiped a trailer that was being pulled by another vehicle, according to officials.

After striking the trailer, Hedrick continued eastbound on US 20 in the westbound lane of traffic where she hit another vehicle head on.

Hedrick then ran off the north side of Old US 20 and struck and AEP Utility Pole and then came to a rest.

Hedrick did not survive the crash.

A passenger that was in the car with Hedrick was transported to Elkhart General Hospital with complaints of a head injury, pain and head lacerations.

The driver of the vehicle with the sideswiped trailer was uninjured in the incident.

The driver of the vehicle that was hit head on was taken to Elkhart General Hospital and complained of back and side pain.

The crash is under investigation by the Elkhart County Sheriff’s Office Crash Investigation Team.