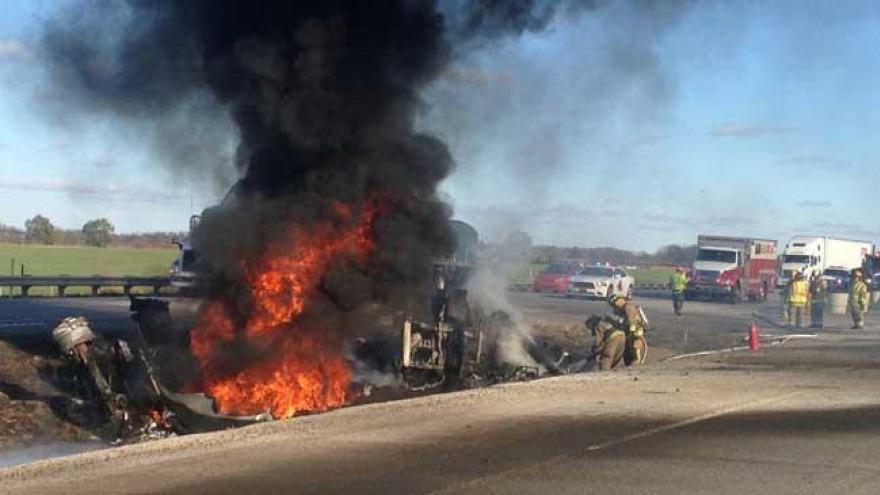 The road was shut down in both directions because of a three semi accident in the eastbound lanes at mm 112.6.

Sergeant Trent Smith of the Indiana State Police said one semi was on the side of the road in the when another semi side-swiped it.

That semi then hit a tanker truck and they both went into the median. At least one of the semis caught fire.

Sergeant Smith said he believes there was one fatality and another person was taken to the hospital with injuries.

Just before 5 p.m. all lanes of the Toll Road reopened to traffic.